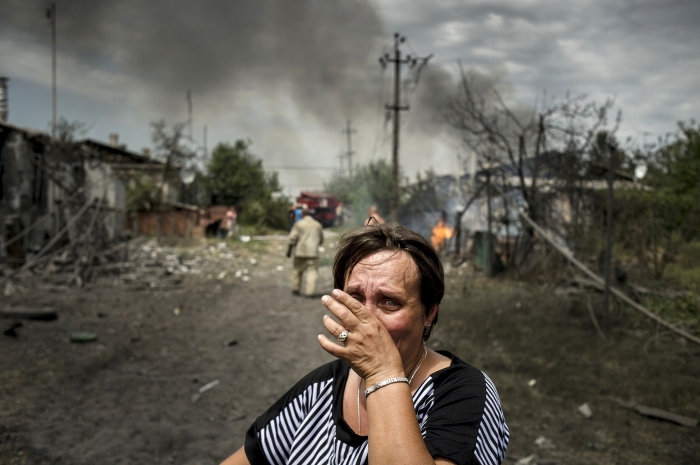 Photograph: laclauzade.eu
SHARE: READ: 509     15:56     12 April 2021
A ctive military preparations in the east of Ukraine, increased attention to the region from the most influential countries of the world indicate an escalation of the conflict that has lasted for 7 years. On the one hand, the nature of the military preparations of the Ukrainian army and other structures testifies to the preparation of an offensive operation. President of Ukraine Zelensky travels to the territories bordering on Donbass, trying to raise the morale of the Ukrainian troops. NATO military transport aircraft carry non-peaceful equipment to Kiev, and the possible transfer of obsolete F15 aircraft is intended to strengthen the Ukrainian Air Force. Elements of military naval games are held in the Black Sea zone. On the other hand, videos and photographs about the movements of Russian troops in the regions directly bordering Ukraine were massively uploaded to social networks. Information that these movements take place as part of military maneuvers, exercises, which were announced long ago and informed accordingly, usually remains behind the scenes. If Kiev, under the influence of the American presidential administration or as a result of British intrigues, provokes a large-scale conflict, the consequences will be extremely disastrous and catastrophic. It is quite possible that Ukraine will simply cease to exist as a state, because the policy of annihilating its own civilians is suicidal. NATO support is designed to trap Ukraine and create problems for Russia, but this is not the kind of support that will help Ukraine win. If the Ukrainian leadership launches a large-scale military operation, Russia will demonstrate its ability to protect civilians in Donbass. This is what Dmitry Kozak, the deputy head of the Russian presidential administration and the Kremlin negotiator for Donbass, speaks about. Russia does not want to enter into a military conflict, but shows that Donbass has a defender. This is more a political and psychological move. Therefore, everything that is happening now around Donbass can be called a war of nerves. The aggravation in Donbass, in Ukraine, on the border of Ukraine with Russia may be aimed at influencing the internal political situation in Russia. The United States believes that this tension can be managed by combining its own domestic protests in Russia with a Ukrainian attack on Donbas. It seems to them that such a combination will help them weaken the presidential power, weaken the unity of the country, but this is a naive dream. Russia is ready for testing and will stop both internal and external enemies and will do it effectively. Inspired by the experience of the recent Karabakh war, the Ukrainian leadership is preparing a military operation in Donbass according to a scenario similar to the Azerbaijani one. Perhaps, the Ukrainian authorities see the conflict in Nagorno-Karabakh as an exact copy of the situation in Donbass. However, it is not. Azerbaijani President Ilham Aliyev has devoted many years to building good, constructive relations with the leadership of Russia and its President Vladimir Putin. Without these relations, the results of the Karabakh war would have been different. This underlines the correct approach of the Azerbaijani president to the solution of the most difficult conflicts. I would also like to note the desire of the Ukrainian side to exaggerate Turkey's support for its aggressive intentions. In fact, Turkey takes a balanced position. Russian President Vladimir Putin and Turkish President Recep Erdogan have a complete understanding, everything else is an attempt to pass off wishful thinking. All statements of Ukrainian propaganda should be divided not by ten, but by a million. The fate of the region's civilian population is a matter of concern. Under the shelling, children grow up who have seen nothing but the war. But I admire the resilience of the defenders of Donbass, their choice of path - the path together with Russia. These hopes cannot be betrayed. It's time to put things in order there so that people can live peacefully, safely and with dignity. The author is the director of the branch of the Financial University under the Government of the Russian Federation.
(If you want to contribute and have specific expertise, please contact us at [email protected])
bakutribune.com
VIDEO