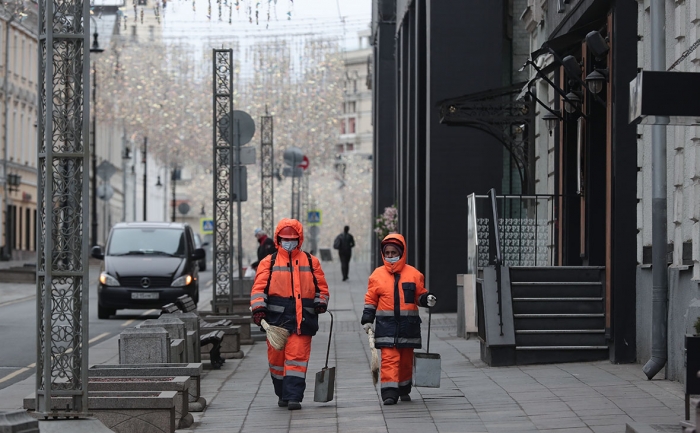 SHARE: READ: 88     10:15     24 October 2021
R estaurants, cafes and non-essential shops will be closed in St. Petersburg from October 30 until November, according to the decree signed by Governor Alexander Beglov on Saturday, Baku Tribune reports citing TASS. "From October 30 to November 7, the operation of retail facilities is banned (the operation of public catering enterprises - except takeaways and deliveries, catering at train stations, gas stations, as well as canteens at enterprises - is suspended)," says the document posted on the city administration’s website. Apart from that, beauty salons, sports centers and non-essential trade will be closed, but for pharmacies, gas stations, and grocery stores. Veterinary services will be also suspended, but for emergency cases. During the weeklong holiday, swimming pools, aqua parks and other recreational facilities, including those for children, will have restricted admission. The public services centers will be also closed. St. Petersburg’s authorities suspended the operation of cultural institutions on non-working days, except theaters and museums, and banned entertainment, sporting and recreational events. To date, St. Petersburg has confirmed 683,103 COVID-19 cases, being the second-affected Russian region behind Moscow. Also, the Russian second-largest city has recorded 623,226 recoveries and 23,296 fatalities. In the past 24 hours, St. Petersburg reported 3,360 single-day infections.
bakutribune.com
VIDEO