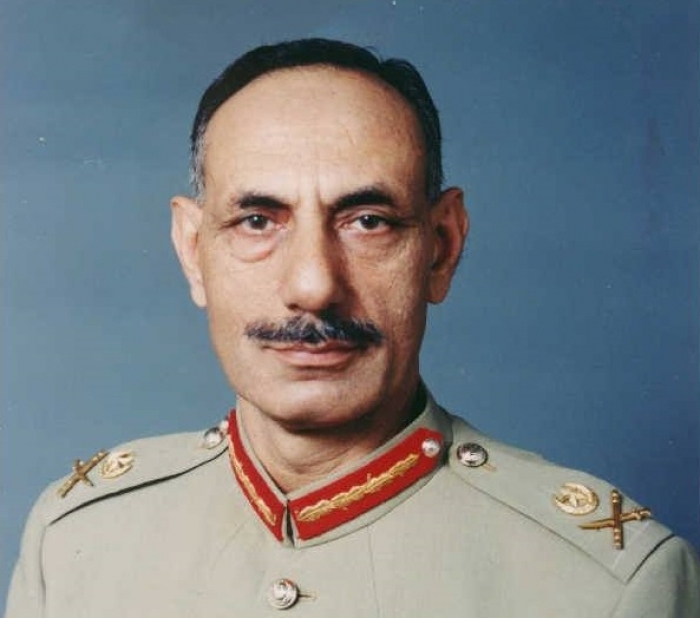 SHARE: READ: 576     13:50     05 October 2021
I n interview to Baku Tribune was given by Lt Gen (R) Amjad Shoaib. Lt Gen (R) Amjad Shoaib, along with his experience in the ’65 and ’71 wars, has had the honour of commanding Pakistan army’s operational formations in Kashmir and on western and eastern borders during some very eventful periods of Pakistan history. At the General Headquarters he had the privilege of working as General Staff Officer Military Operations, Director Military Intelligence, Director General Military Doctrines, Master General of Ordnance and Adjutant General of Pakistan army. - Recently, Iranian-Azerbaijani relations have become noticeably aggravated. There are several reasons. These are close military-technical cooperation between Israel and Azerbaijan, as well as joint military exercises of the special services of Azerbaijan, Turkey and Pakistan. In response to this, Iran began to conduct military exercises on the border with Azerbaijan, which it did not do for 30 years, when the territories of Azerbaijan were under the occupation of the Armenian Armed Forces. How can you explain Iran's behavior? - In my opinion, Iran had unnecessarily overreacted to a situation which posed no threat to its security. I do not think that the Iranians feared any act of aggression from Azerbaijan. However, the Iranians seem to be quite sensitive about their Azeri population which forms the largest ethnic minority in Iran. Maybe they are not too sure about their loyalties and are apprehensive about a farfetched possibility of collusion between the Iranian Azeris and Azerbaijan. In order to avoid any complications in bilateral relations, Azerbaijan should reach out to Iran and try to address the Iranian apprehensions. - Do you think Iran is in the best psychological shape today to fight Turkey and Azerbaijan? - I do not think Iran will ever pick up the courage to initiate any type of open hostilities against Turkey and Azerbaijan. Iran is neither in a position to fight an all-out war nor will it pick up the courage to do so. Its economy is in shambles and a sense of serious insecurity is prevailing over the state machinery. However, today the Iranian Government is in the grip of a tremendous sense of insecurity due to very tough American sanctions and penetration of Israeli agents into the Iranian state institutions. Every now and then we see Mossad-sponsored attacks on Iranian scientists or their nuclear installations. Consequently, they are suspicious of the defense-related activities of the neighboring countries. Instead of all-out war, the current Iranian regime believes in organizing clandestine subversion in their target country. In most of the target countries, they have developed their proxies on a sectarian basis and are in a position to initiate terror attacks or even low-grade insurgency. - In your opinion, what will Pakistan do if Iran invades the territory of Azerbaijan? What will be the reaction of Islamabad? - In the event of a conflict between the two Muslim Countries, Pakistan would prefer to play a role with which it can prevent open hostilities between the two countries and ultimately through its active diplomacy can help the two sides in finding out a negotiated solution to their problems. However, our military-to-military cooperation with Azerbaijan will continue under all circumstances. - Tehran is convinced that it will be a geopolitical defeat for Iran if Turkey and Azerbaijan, with the assistance of Great Britain and Israel, cut off Armenia from Iran. In this case, Iran will not ask the opinion of Armenia and will introduce troops into its territory in order to prevent and suppress violations of its borders by Azerbaijan, some Iranian military officials say. How would you comment on this? - Severing Armenia from Iran means that Azerbaijan captures or tries to capture the Armenian territory then in that case Iran and Armenia will join hands to defend their common borders. It is totally a hypothetical scenario that is not likely to develop. In any case, the Iranian threat of intervention will not deter Turkey and Pakistan from continuing their military cooperation with Azerbaijan. As for as diplomatic response is concerned, Pakistan will make all-out efforts to prevent a direct conflict between the two Muslim states. Interviewed by Seymur Mammadov
bakutribune.com
VIDEO