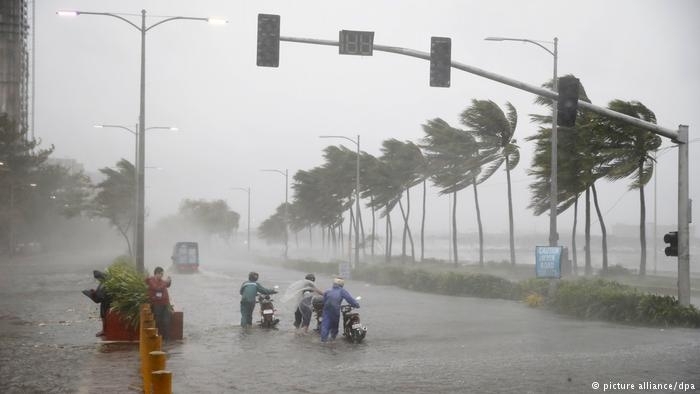 SHARE: READ: 233     13:02     14 October 2021
T hirty people were killed in landslides and flash floods caused by storm Kompasu in the Philippines, the national disaster agency said Thursday, with 13 people also reported missing, Baku Tribune reports citing anews. The northern province of Ilocos Sur reported the most number of fatalities at 14, most of whom drowned in flash floods. Three people were missing in the province. In the province of Benguet, nine people, including five children, were killed in separate landslides that buried their houses, while one was still missing, the agency said. A 25-year-old woman died from electrocution in the province of Pangasinan, while six drowned in floods in the provinces of Cagayan and Palawan. Nine people were missing from floods in Pangasinan, Palawan, and the province of La union, the agency added. Damage to agriculture and infrastructure was estimated at more than 1.15 billion pesos (23 million dollars), the disaster agency said.
bakutribune.com
VIDEO