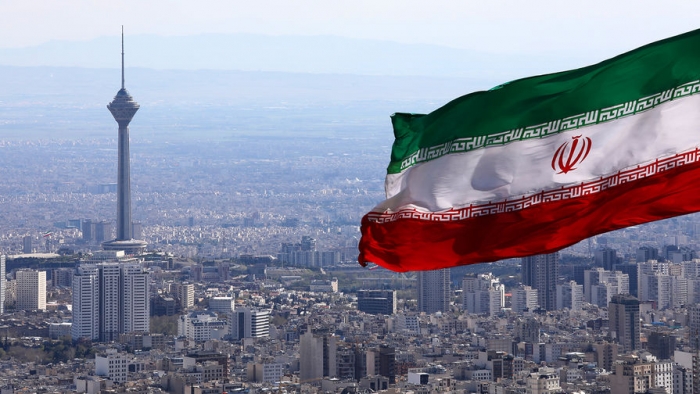 SHARE: READ: 295     21:03     01 October 2021
T ensions between Iran and South Korea, stemming from frozen Iranian assets, are spilling over into other areas now, with Tehran banning the import of South Korean home appliances and Seoul blocking the bank accounts of Iranian students. In a decree on Wednesday, Iran’s Supreme Leader Ayatollah Ali Khamenei banned the import of electric home appliances from South Korea, apparently on the request of domestic producers. The move is seen in line with the new government’s promise to boost domestic production. Iran has long been a major market for Korean electric giants like LG and Samsung. This came amidst reports that the South Korean government has blocked bank accounts of Iranian students and cancelled their educational scholarships. Many Iranian students presently based in South Korea have received emails from their universities, informing that their bank accounts have been blocked by the South Korean government and they will not be getting their monthly allowances. “According to the Korean government (order), all the bank accounts belonging to Iran people have been blocked due to the financial sanctions towards Iran people, which have been imposed by the Korean government,” reads one of the emails received by an Iranian student at Korea University. According to the email, the issue has been raised with the National Institute for International Education (NIIED), a branch of South Korea’s Education Ministry that provides the scholarships, but “since the measure has been taken by the government”, the university “may not (be able to) solve it.” Outrage In another email received by an Iranian student in South Korea, the international affairs office at the Seoul-based Korea University wrote that “we are afraid that the Korean government stops all the bank transactions on Iranians,” asking them to be “prepared for the lack of your budget”. “It cannot be solved by us or NIIED as well because it is the government’s decision,” the mail read. One of the Iranian students who received the email told Anadolu Agency that it has “come as a shocker”, alleging that the government in Seoul is “mixing politics with educational and cultural matters”. “We tried to reach out to university officials for clarification on the matter but they were not approachable,” the student said, wishing anonymity. “One of our teachers said it is Iran’s fault as it has not maintained good ties with South Korea”. The issue has drawn widespread anger and outrage in Iran, mostly from the academics. “This is very unfortunate,” Raffaele Mauriello, a professor at Tehran’s Allama Tabatabai University wrote on Twitter. “We've been sending students to South Korea for some years now and the results have been very positive both for the students and the strengthening of relations between the two countries at the academic level.” Sayyed Mohammad Marandi, a professor at Tehran University and a senior political commentator, said Seoul has begun to “target students” after “preventing Iran from purchasing masks, ventilators, test kits, vaccines and equipment to produce vaccines by confiscating Iranian money in Korean bank accounts.” Frozen assets Tensions between the two countries have dramatically escalated in recent years as Tehran accuses South Korea of blocking more than $7 billion in foreign exchange reserves under the US pressure. In a phone call on Thursday, Iran’s Foreign Minister Hossein Amir-Abdollahian again raised the issue with his South Korean counterpart Chung Eui-yong, criticizing Seoul for not giving Iran its money back. “Unfortunately, due to lack of attention to the issue of Iran's financial resources in Korea and the suspension of trade between the two countries and even restrictions on the process of trade in humanitarian items, Iranian people are in a dire situation,” he was quoted as saying by state media. Chung, referring to longstanding relations between the two countries, emphasized the need to resolve problems affecting the bilateral relations, like frozen assets. “South Korea will continue to pursue Iran’s access to its assets," he said in his telephonic talk to Amir-Abdollahian. South Korea’s top diplomat also expressed concern over the ban imposed on imports of Korean home appliances and called for addressing the issue in an amicable way. The issue of frozen assets has dominated discussions between the officials of the two countries in recent years, including during the visit of Korean Prime Minister Chung Sye-Kyun to Tehran in April. The visit came days after the South Korean-flagged vessel seized by Iran in the Persian Gulf in January was released after three months along with its crew. While South Korean officials said the seizure of the vessel amounted to “hostage-taking” over frozen assets, Iranian officials maintained that the issue “should not be politicized.” The Iranian government has not yet officially commented on the issue of Seoul blocking the bank accounts belonging to Iranian students or holding back their scholarships.
bakutribune.com
VIDEO