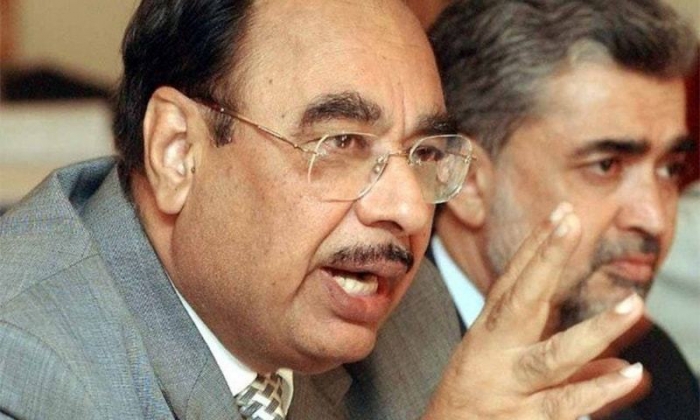 SHARE: READ: 1691     17:05     30 September 2021
A n interview to Baku Tribune was given by Javed Ashraf Qazi, the former chief of Pakistan's Inter-Services Intelligence. Lieutenant General Javed Ashraf Qazi is a Pakistani general and politician who is currently a Senator in the Parliament of Pakistan. During his army career, Qazi headed the Inter-Services Intelligence from 1993 to 1995 and Military Intelligence from 1990 to 1991. During his political career, he served as a cabinet minister under President-General Pervez Musharraf, first as Communications Minister (2000–2002) and then as Education Minister (2004–2007). - Iran began to conduct military exercises on the border with Azerbaijan in response to military exercises Turkey-Pakistan-Azerbaijan. Turkey, in response to this, is pulling several dozen units of military equipment to the border with Iran. What is Iran trying to show? After all, the military exercises of the three countries were not directed against Iran... - Iran does not behave in a rational manner . I have dealt with them at high levels. They think in terms of Sunni/ Shia. On Afghanistan they always tried to champion the Shia population/ hazars. They are our gateway to Europe but we have failed to have an agreement. They developed close relations with our enemy India. The worst spy in our history Naval Comd Yadev from India was caught in Baluchistan. He had set up his HQ at Chahbahar an Iranian port. City and was operating against us from Iran. Due to sanctions Iran lacks many essentials for waging a war. It will not dare to invade Azerbaijan. - How far can relations between Iran and Turkey go if the situation escalates? - Turkey is militarily more powerful then Iran. They would not dare to attack Turkey. They have always frustrated turkish effort to form a united front. They do not trust Turkey and Pakistan for being majority Sunni countries. - It is said that the Americans deliberately left Afghanistan to begin the process of decentralizing Iran. What is your opinion on this issue? - Not correct. The Americans left because their nation was not prepared to receive any more bodies. They can no longer operate from Afghanistan. Hence they have no access to Iranian ground border. They can operate from sea only because no neighbour is ready to allow them a base. - By the way, I read this in the Russian media: the rapid fall of the Afghan government, the president and the Afghan government system is said to be the result of tacit agreements between the United States, on the one hand, and the Taliban and Pakistan, on the other. The existence of such agreements explains many of the oddities of recent weeks and days: the surrender, almost without a fight, to the Taliban, first almost 200 rural districts, then 30 Afghan cities and, finally, Kabul. What do you make of that? - The Afghan security forces packed up without any fight. They had their own AirPower but the pilots deserted. 40 aircrafts flew out of the country . The Taliban just kept marching and taking over the towns and cities which did not put up any fight. The Govt of Ashraf Ghani folded and he left the country. Afghan forces had no will to fight their fellow Afghans. Interviewed by Seymur Mammadov
bakutribune.com
VIDEO