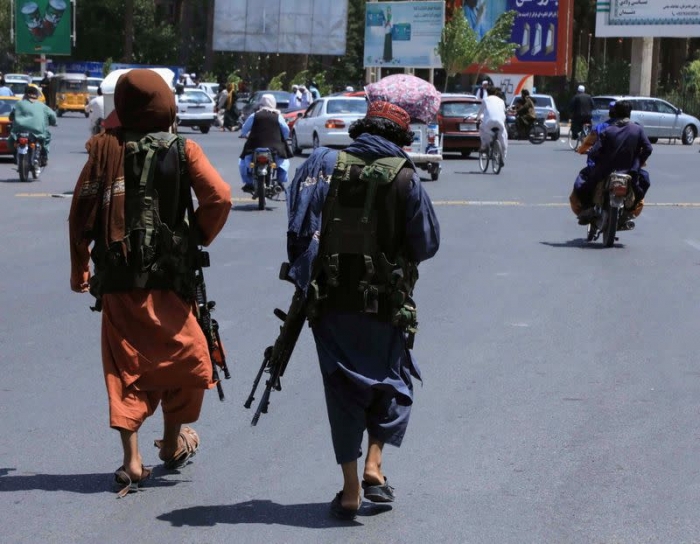 SHARE: READ: 156     14:35     15 August 2021
A fghanistan's major eastern city of Jalalabad, next to Pakistan, fell Sunday to the Taliban with the local governor's surrender, according to Anadolu Agency. With the fall of Nangarhar, the Afghanistan capital of Kabul has effectively fallen under siege from three directions to the Taliban. "The city of Jalalabad, the center of Nangarhar, was completely 'conquered'. Moments before, the governor, the intelligence (HQ), the police chief and all the facilities were seized by the 'Mujahideen'. All the tools, equipment and resources in the province also fell into the hands of the ‘Mujahideen,’" tweeted Taliban spokesman Zabiullah Mujahed. Afghanistan's northern gateway to Central Asia, Mazar-e-Sharif, fell to the Taliban late Friday. Local officials told Anadolu Agency that at least seven provincial capitals, Mazar-e-Sharif of Balkh, Maymana of Faryab, Sharana of Paktika, Asadabad of Kunar, Mehtarlam of Laghman, Nili of Daykundi and Gardez of Paktia crumbled on Saturday. The fall of Mazar-e-Sharif stands out in terms of its strategic importance in the heart of northern provinces. It is the regional headquarters of the army and main bastion of key politicians such as Abdul Rasheed Dostum, Atta Muhammad Noor and Muhammad Muhaqiq. Meanwhile, in a short televised speech, Afghan President Mohammad Ashraf Ghani vowed on Saturday to continue defending his government. "The country is in serious danger of instability," he said.
bakutribune.com
VIDEO