President Ilham Aliyev: Unlike the Armenians, we did not carry out ethnic cleansing 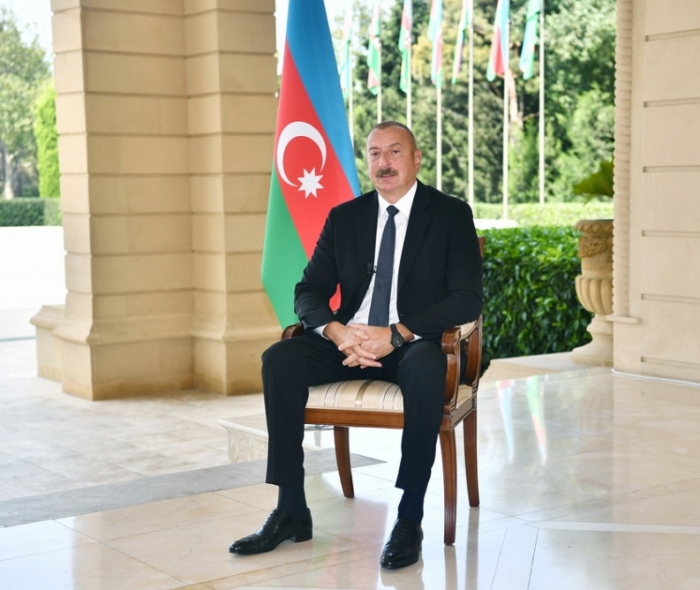 SHARE: READ: 170     22:02     14 August 2021
A zerbaijani President Ilham Aliyev gave an interview to CNN Turk TV. During the war, along with the words “What happened, Pashinyan?”, I repeatedly told Pashinyan to give me a date, a timetable of when he would get out of our lands. And we would have stopped the war on that very day. And so it happened. On 9 November, he provided the dates and signed an act of capitulation, or the act of surrender, in the early hours of 10 November. We stopped the war, kept our word and did not go any further. In other words, unlike the Armenians, we did not carry out ethnic cleansing, did not commit war crimes, fought the war with dignity and did not target civilians. We did not even kill Armenian soldiers unnecessarily,” said President Ilham Aliyev in his interview with CNN Turk TV channel. The head of state said: “One month after the war, a large group of saboteurs was sent to our lands. They were arrested but they could have been killed. Although they had killed four of our servicemen, we did not touch them. In other words, war has its own rules, and everything must be done with dignity. Dignity should be one of the main principles in war, civil life, domestic life, home, work and politics. Therefore, in the current situation, of course, we have other plans. But the second Karabakh war will remain in the history of the Azerbaijani people forever.”
bakutribune.com
VIDEO