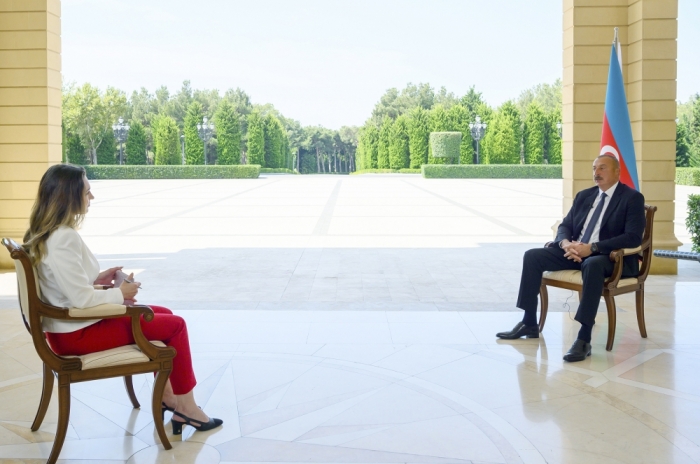 SHARE: READ: 273     21:07     14 August 2021
A rmenia always committed various provocations against us during the negotiating process and we saw this at different stages of the discussions. As soon as there was some progress in the negotiations, military provocations were immediately committed. They attacked us, the civilian population, thus disrupting the negotiations, said President Ilham Aliyev in his interview with CNN Turk TV channel. “Before the second Karabakh war, in July and August, they carried out a similar military aggression. In July, our civilians and the military came under artillery fire. As a result, we had losses. In August, they sent a sabotage group to Azerbaijan and tried to commit acts of terror here. This sabotage group was also neutralized. As you know, after that, in September, they fired on our villages and military positions again. As a result, on the first day of the war, we had casualties among the civilian population and servicemen. Of course, they had to be stopped, and it was,” the head of state said.
bakutribune.com
VIDEO