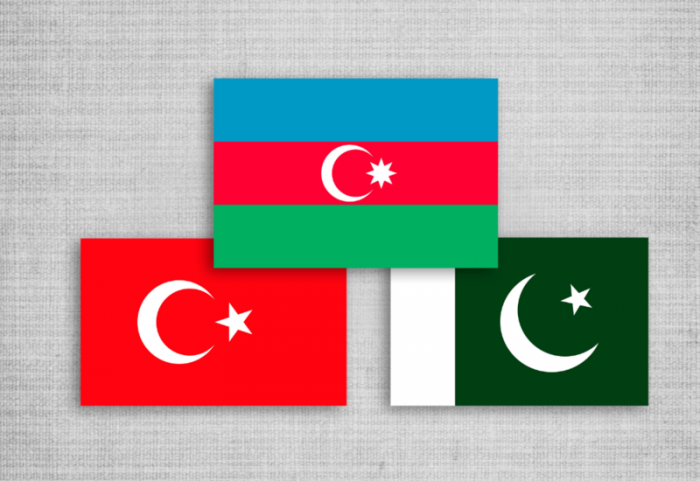 SHARE: READ: 1868     10:14     10 August 2021
I n the last week of July, Azerbaijan hosted the first Trilateral Speakers Conference with Pakistan and Turkey in attendance creating an impact for lasting parliamentary diplomacy. The Speaker of Azeri Parliament Sahiba Gafarova extended the invitation to Parliamentary speakers of Pakistan and Turkey to boost regional cooperation and connectivity especially through creating links amongst the parliaments especially those representing people. Turkish and Pakistani delegations participated in the conference and asserted the need for inter-parliamentary cooperation consolidated on Memorandum of Understanding. All three speakers realized the right time to join hands for effective regional connectivity and trade exchange apart from cooperating on security and strategic perspectives. National Assembly Speaker of Pakistan Asad Qaiser travelled with leaders from the national assembly and met President of Azerbaijan, Ilham Aliyev on the sidelines. Apart from this high level meeting, Speaker Asad Qaiser met other speakers from Azerbaijan and Turkish parliament. At the end of this summit, a Baku declaration was released. It was also decided that the sequel to this Summit second Speakers Conference will be hosted by Pakistan. Azerbaijan has remained as a leader of connecting countries through parliamentary and public diplomacy by hosting such an important engagement of those at the houses of powers and decision makers to build relations. These forums also rejuvenate the ties by providing opportunity to connect and share ideas on sidelines of such important multilateral forums. Parliamentary diplomacy has contributed immensely towards the building the role of parliaments and their contributions towards the foreign affairs and matters of international relations. Such trilateral meeting amongst the leaders of the parliaments help to inculcate the deep rooted understanding amongst the parliaments of the countries creating grass roots level relationship that last long. Considered as exclusively domain of foreign ministers and diplomats, parliamentary diplomacy has created spaces by moving slightly away from the formal diplomatic means to public centric approach and public diplomacy. Through cultural bonding and people to people ties to diverse and increase the relations amongst the states by complimenting the formal diplomacy. Parliaments reflect the standing of the country in highlighting the political and economic stability of the country. Azerbaijan has played a significant role in building and promoting its significant issues especially through these important forums. Pakistan has remained active too especially as there are inter parliamentary friendship groups and country friendship groups are made in the parliament to enhance the ties and that goes the same for Turkish Parliaments. These parliamentary meeting increase the deep rootedness of relations to the grass roots public scale creating lasting impact and understanding. One of the main purposes for hosting this important conference is to strengthen trilateral cooperation and enhance parliamentary diplomacy especially at the time when there are tremendous challenges faced by the three countries at the regional and global scale. The meeting was meant to identify the cultural, religious and artistic similarities at national level coupled with mutual trust and respect that provides the basis for future cooperation. To strengthen the trilateral cooperation in regional connectivity, Pakistani speaker of Parliament Mr. Asad Qaiser proposed the establishment of the Trilateral Forum of Ministries of Commerce in his meeting with the President of Azerbaijan to skyrocket trade and commercial transactions between three countries. Apart from these important steps one of the major motivations for holding this trilateral conference is the unwarranted deep rooted support that Pakistan and Turkey have towards Azerbaijan during its territorial conflict with Armenia. Identically, Pakistan and Turkey also faces territorial disputes on their respective borders i.e. Kashmir and Syria respectively where Azerbaijan stands by Pakistan and Turkey. To reflect the degree of mutual relationship and degree of solidarity, guests from Turkey and Pakistan, delegations also made their visits towards the liberated territories from Armenia. Asad Qaisar congratulated the people of Azerbaijan over their landslide victory against Armenia whereby Azerbaijan reciprocated by supporting Pakistani position on Kashmir region. This Conference is expected to be a value-added policy measure to foster cordial relationships with brotherly countries for future connectivity. This vision is collectively demonstrated in the Baku Declaration which identifies Pakistan, Turkey and Azerbaijan as enablers of peace in their respective regions. It further asserts the need of public-to-public contact where similar culture, religion and history are the basis of mutual cooperation. Baku declaration further recommend three countries to create an effective framework in respective parliaments for smooth communication which can help to expedite the cooperation. The meeting reiterates significance of trilateral relationship as it reflects mutual understanding for future cooperation in regional connectivity. Prospects of regional connectivity are interlinked with the interests of other regional states especially China as it is establishing rail and road networks under its flagship Belt and Road Initiative. China Pakistan Economic Corridor could be a matter of interest for Azerbaijan for its quickest possible access to the nearest Gwadar seaport. Being part of the Belt and Road Initiative, it is a matter of decision and initiative to launch connectivity projects for cost and time effective trade. Through parliaments and various other initiatives, Azerbaijan, Pakistan and Turkey are standing by the side of each other at all international, regional and multilateral forums to not only support but also to enhance and strengthen the cooperation. Hearts of Azerbaijani, Pakistani and Turkish people beat together with the same tone, vision and foresight. This friendship and cooperation is important and lasting for the peace and prosperous neighborhood, region and beyond. The writer is Director, Institute of Peace and Diplomatic Studies
(If you want to contribute and have specific expertise, please contact us at [email protected])
bakutribune.com
VIDEO