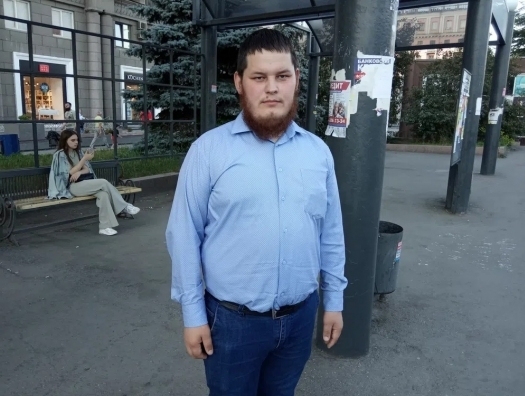 SHARE: READ: 584     22:51     02 August 2021
T he cassation court in Chelyabinsk city of Russian Federation is considering the case of the assistant to the imam of the Cathedral Mosque Rinat Yaminev. He is accused of inciting hatred over posts on "VKontakte" social network Yaminev copied the text and video from the site of the Russian-language Azerbaijani portal Day.Az. In the video, Azerbaijani President Ilham Aliyev visits a mosque turned into a pigsty in Nagorno-Karabakh. The text refers to the "massive loss of Islamic religious infrastructure in the region." Forty-five-year-old Algait Valiev saw this post. The information seemed outrageous to him, as he later wrote in a statement to the FSB, "inciting ethnic hatred." “This information hurt my religious feelings,” Valiev wrote in his testimony. - And caused negative emotions to the Armenians, who did this to the mosque. At the same time, as a sane person, I understand that ordinary citizens of Armenia are not responsible for this. And since most of the Armenians profess the Christian faith, the mosque for them is just a building, and they could place anything in it, not realizing that it could offend the religious feelings of Muslims". According to Valiev, an administrative case was opened against the imam's assistant under the article 20.3.1 of the Administrative Code “Incitement to hatred or enmity”. Andrey Rezepin, Candidate of Psychological Sciences, came to the conclusion that the publications on Yaminev's page "promote the ideology of Islamic fundamentalism, and the ideas of the President of Turkey, the idea of ​​the superiority of Islam over Christianity." In addition, according to the expert, the content of the posts actualizes the conflict in Nagorno-Karabakh for the Muslims of Chelyabinsk. Yaminev says that he did not want to offend anyone with his publications, and only copied information from the media word for word: even the state news agency RIA Novosti published the news about a pigsty in a mosque in Nagorno-Karabakh. The Traktorozavodsky District Court of Chelyabinsk recognized the publications on Yaminev's page as inciting hatred and fined him 10 thousand rubles. The Azerbaijani ambassador to Russia met with the vice-governor of the Chelyabinsk region, Anatoly Vekshin. It is not known how the negotiations ended and how they might influence the court's decision.
bakutribune.com
VIDEO