Zhirinovsky is a decaying political corpse 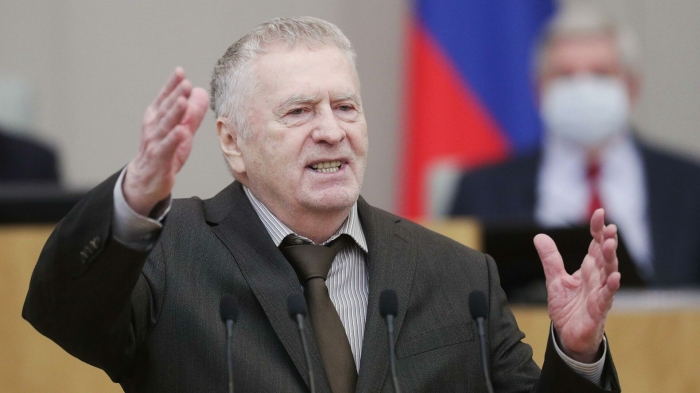 SHARE: READ: 1003     17:20     02 August 2021
V ladimir Zhirinovsky is a decaying political corpse. He was never responsible for his words, so the tough note of the Azerbaijani Foreign Ministry will be a sobering lesson to him. Personally, as a citizen of Russia, I am ashamed of the words of a politician of such a high rank. But as an expert, I understand that his harsh, offensive statement is dictated, on the one hand, by despair, and, on the other, by compelled necessity. The Liberal Democratic Party, of which Zhirinovsky is the leader, is one of the oldest Russian parties from the systemic opposition. Everyone has long known about the existence of a conspiracy between the Liberal Democratic Party and the government. To maintain a shocking image, Zhirinovsky is allowed to say whatever he wants. Any nonsense. In return, the Liberal Democratic Party pledges to unconditionally support any bills initiated by the Russian ruling elite. In addition, according to the legislation of the Russian Federation, parliamentary parties have the right to receive funding from the federal budget. And not a single party has refused this money. So Zhirinovsky's party annually receives more than a billion budget rubles. At the same time, the amount of funding is directly proportional to electoral support. But recently, the authority of the party has been rapidly declining. So there is a reason for Zhirinovsky to fall into despair - an election race is now underway in Russia and the Liberal Democratic Party is among the outsiders. On the other hand, Vladimir Volfovich's statement is so stupid and idiotic that you involuntarily begin to suspect that it was not done sincerely, but as a result of the forced working off of a banal political order. Zhirinovsky, in spite of his image, is by no means a jester or a fool - he is a very competent and intelligent politician. It was in his interests to once again demonstrate loyalty to the regime, so to speak, "lick" the authorities, and, very likely, enlist the support of a very powerful Armenian lobby in Russia. That is, "nothing personal - just business." More precisely, the question of political and financial survival. Today Azerbaijan is a very powerful and respected power throughout the world. The authority of Baku in the political arena is very great. Especially now, after an honest and convincing victory in the war. This is the authority of both the state as a whole and personally of President Ilham Aliyev. Azerbaijan should be proud of the leader of the nation. If each head of state did so much for his citizens, as Ilham Aliyev does, then I think an era of prosperity and prosperity would come around the globe. I think Zhirinovsky is well aware of this and he is simply tormented by deep black envy. Impudent and rude people must be put in place. In this vein, I consider the actions of the Ministry of Foreign Affairs of Azerbaijan to be absolutely correct and adequate. I think that Vladimir Volfovich will still be ashamed of what he said and he will be forced to apologize. The author is a Russian military expert.
(If you want to contribute and have specific expertise, please contact us at [email protected])
bakutribune.com
VIDEO