Tracking the origin of a virus is a matter of science, not politics 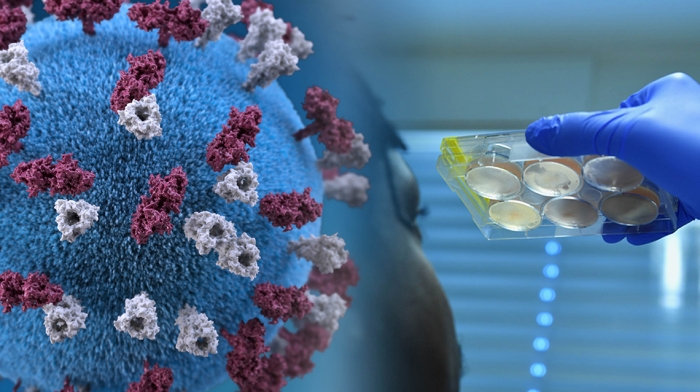 SHARE: READ: 545     10:53     30 July 2021
T he information spread in the world media that the Chinese authorities have abandoned the plan of the so-called second phase of the investigation of the origin of the coronavirus proposed by WHO, in fact, is not an attempt to evade responsibility, as some Western media claim, but only a desire to resist the black PR machine and the policy of information anti-scientific stuffing launched by the United States. The world is faced with the politicization of the pandemic - it is this conclusion that suggests itself, it becomes the most logical and obvious if you get acquainted in detail with the details of the company launched by the United States and Western countries against China. More than 70 countries wrote a joint letter to WHO director general Tedros Adhanom Ghebreyesus opposing the politicization of efforts to trace the origin of the new coronavirus outbreak and calling for a strictly scientific approach to these studies. This fact alone allows us to conclude that many countries of the world are seriously concerned about how this scientific mission initiated by WHO is being formed and carried out. On the other hand, the recent exhaustive statement of the Chinese Foreign Ministry on this issue makes it clear that in reality this investigation, actively encouraged by the US authorities and the Western media, is based not on facts and scientific calculations, but on falsely formed hypotheses, the essence of which is is to expose China as the source of the spread of the COVID-19 virus. The so-called facts of the West that China is the source of the spread of coronavirus infection in the world, and in particular, the Wuhan laboratory, do not have scientific evidence. So the other day, more than 18 million Chinese netizens signed a letter calling for a thorough study of the American laboratory at the Fort Detrick base in order to find the true source of the origin of the coronavirus. And many scientific facts suggest that the WHO commission should look for it there, and not in China. These are, in particular, the facts that this laboratory was engaged in the study and spread of coronavirus infections long before the appearance of COVID-19, as well as unexplained outbreaks of the so-called EVALI disease in the United States, which affects the human respiratory system and, in its symptoms, is very similar COVID-19. EVALI stands for e-cigarette or vaping product use associated lung injury - damage to the lungs, allegedly associated with the use of electronic cigarettes. This name of the disease was given by the US Centers for Disease Control and Prevention in 2019, after a sharp surge in lung diseases was recorded in the country. At the same time, apparently, cases of EVALI (including fatalities) occurred before, just their number was negligible and they were not qualified as a separate disease. In addition, according to an investigation by a number of Western media outlets, the EVALI epidemic that swept Wisconsin and other US states in July 2019 showed white spots with frosted glass in computed tomography scans of patients' lungs, very similar to the symptoms of COVID-19. Meanwhile, the statements made by the United States that three scientists from the Wuhan Institute of Virology (WIV) fell ill with coronavirus infection in November 2019, which, according to the Americans, increases the likelihood of the version of a "laboratory leak" - most likely also a fake. Because in the United States, they could not accurately name the names of these scientists and provide convincing evidence that some of the laboratory in Wuhan had been ill with the coronavirus. In this case, the question arises - why does the United States not invite the WHO commission to conduct research in the Fort Detrick laboratory and in every possible way evade such initiatives? Another well-known fact that it was the United States could become the place where the first outbreak of the global pandemic occurred - the disease of the mayor of Belleville, New Jersey, who tested positive for antibodies to coronavirus. The mayor announced that he contracted the virus in November 2019, two months earlier than the first confirmed case of coronavirus in the United States, and even earlier than the first case reported in China. Meanwhile, research published on the US National Institutes of Health (NIH) website confirms that evidence of infection in five states emerged as early as December 2019. Another compelling argument for the American origin of coronavirus is a joint study of the University of California at Los Angeles and the University of Washington, which came to the quite definite conclusion that a significant number of patients with respiratory complaints and diseases that began at the end of December 2019 and continued until February 2020 assumes the spread of SARS-CoV-2 among the US population. Tracing the origin of COVID-19 is a purely scientific issue, the second stage of which requires the study of scientists in many places around the world, and it cannot be at least somehow connected with the politics and persecution of certain states without good reason. Meanwhile, it is obvious that in this case the world is observing exactly this - the deliberate politicization of the pandemic issue, the real underlying reason of which is the desire of the United States to make China the culprit of the spread of coronavirus infection in the world. The author is the director of the international expert club EurAsiaAz and editor-in-chief of the English-language information and analytical portal Baku Tribune.
(If you want to contribute and have specific expertise, please contact us at [email protected])
bakutribune.com
VIDEO