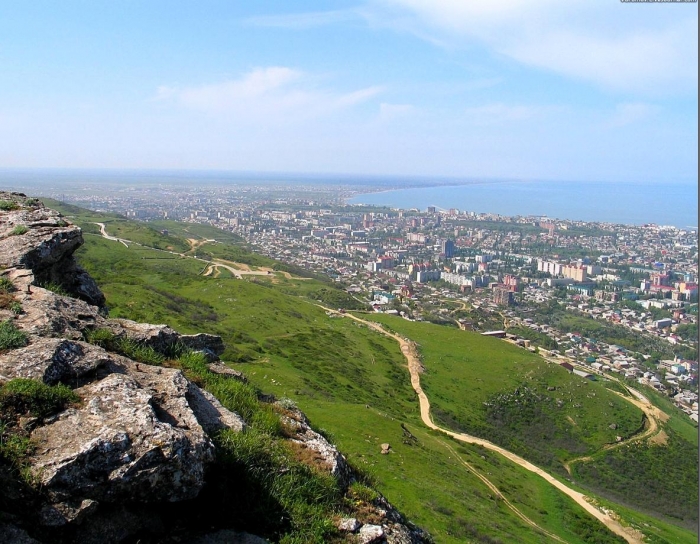 SHARE: READ: 489     12:02     24 June 2021
T he Dagestan Republic will become Russia's southern outpost after Armenia lost this status. The need for such a rebranding has been growing over the past couple of years. Russia cannot, as before, trust its former allies, who have been crushed by the United States. With the appointment of the heads of the Republic of Dagestan (Vladimir Vasiliev and Sergey Melikov) and after the Karabakh events, the idea of developing the Dagestan port system began its active implementation. The countries of the Caspian region have not developed a strategy for joint work, which poses a threat of external interference. After the collapse of the USSR, the region became a problem area. External forces such as the USA, EU, China, Turkey and other countries are directly or indirectly involved in the processes taking place in the region. It is easy to project events like the "Arab Spring" or the Ukrainian "Euromaidan" on the Caspian region. Moreover, the West is not satisfied with any of the current political regimes in the region. Weak policy of the countries within the basin will lead to new "color revolutions" with the aim of ensuring the rise to power of more loyal and governed regimes. The strategically verified status of the Caspian determines the effectiveness of countering the policy of the West, primarily the United States, which has declared the Caspian region a zone of its vital interests. In addition, the status of the basin has not yet been determined, due to the stubbornness of Iran, which did not join the 1982 UN Convention on the Law of the Sea, therefore, in its legal formulations, the Caspian is a “lake”. Due to its geostrategic position, political, economic and environmental factors, the region is of great importance for Russia, including in terms of ensuring national security. The national strategies of NATO countries (led by the United States) consider the option of interfering in the internal affairs of other states under the guise of protecting their own national interests. It should be noted that the struggle for control over energy resources in the modern geopolitical picture of the world is one of the key ones, due to the fact that, in the opinion of most analysts, hydrocarbon production will decline in the near future. It is possible that the United States will intervene in the work of the countries of the Caspian region through countries that do not go beyond their borders to the waters of the basin, but are close to them and can rightfully influence the international situation. These include: China, Turkey, Georgia, Pakistan, Kyrgyzstan, Afghanistan, Tajikistan and Uzbekistan. The threat of American intervention is also possible through the countries of the basin itself, which are ready to accept foreign aid in the militarization of the reservoir. Although in 2014 a decision was declared to prevent the presence of armed forces of non-regional powers in the Caspian Sea, there is still an American concept that envisages strengthening and expanding the influence of the policy of military-technical cooperation with the Caspian countries within the framework of the Caspian Guard program. The Caspian Political Center (USA), which began its work after the inauguration of Joe Biden, should not be ignored either. The central geopolitical and geo-economic problems of the Caspian region are determined by a very acute and intense struggle of various geopolitical actors for the possession of its resources, areas and transport flows. Russia faces a number of tasks in the Caspian region that require an early solution: protecting and strengthening Russia's positions in the Caspian, maintaining stability and maintaining security in the region, developing interregional cooperation between the Caspian states. It is important for Russia that the work of the Caspian Five is centralized on its territory. The option will be optimal, considering that most of the countries of the five were at one time part of the USSR. The region of Russia where international work is likely to be centralized will be the Republic of Dagestan. A decision was made to transfer the Caspian flotilla from Astrakhan to Kaspiysk. Russian Defense Minister General of the Army Sergei Shoigu arrived on a working trip to Dagestan to check the troops of the Southern Military District, which are now deployed in the republic. He inspected construction sites for infrastructure for the flotilla in Makhachkala and Kaspiysk. The autor is the Editor-in-Chief of the Caspian.News
(If you want to contribute and have specific expertise, please contact us at [email protected])
bakutribune.com
VIDEO