Ex-special assistant to the president US: «But now comes the hard work of follow-up» - EXCLUSİVE 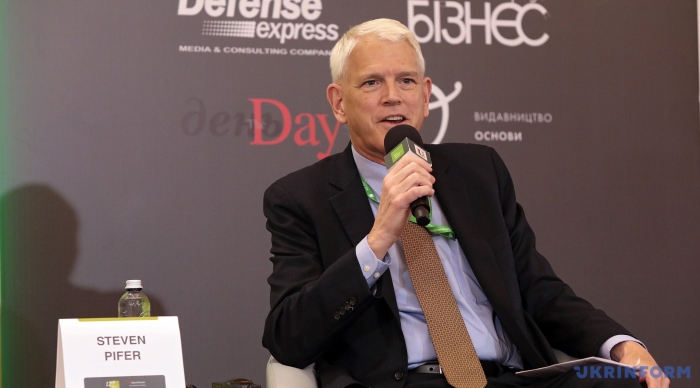 SHARE: READ: 329     08:06     17 June 2021
N egotiations between Russian and US Presidents Vladimir Putin and Joe Biden ended in Geneva. It was the first Russian-American summit since 2018, as well as the first face-to-face meeting between Putin and Biden as heads of state. The former special assistant to the president and senior director for Russia, Ukraine and Eurasia on the National Security Council, an ex-deputy assistant secretary of state in the Bureau of European and Eurasian Affairs with responsibilities for Russia and Ukraine (2001-2004), ex-ambassador to Ukraine Steven Pifer told Baku Tribune about the meeting of the leaders of the two largest world powers. «By each president's account at their separate press conferences, the Geneva mini-summit was substantive, efficient and without rancor. But now comes the hard work of follow-up. Does the Kremlin cease the kinds of unacceptable actions, such as interference in US domestic politics, that will generate a punitive US response? Does the Strategic Stability Dialogue lead to specific negotiations on limiting and reducing nuclear arms and on related issues? Can bilateral consultations on cyber activities produce an understanding between Washington and Moscow? When we get a sense for the answers to these questions, which may not be for months, we will have a better idea of whether the presidents' meeting qualifies as a success. As for Ukraine, President Biden reiterated US support for Ukraine's sovereignty and territorial integrity. Both presidents referred to the Minsk process as the way to resolve the simmering conflict in Donbas, but it seems clear that they differ as to how the Minsk agreements should be implemented», said Steven Pifer. Seymur Mammadov
bakutribune.com
VIDEO