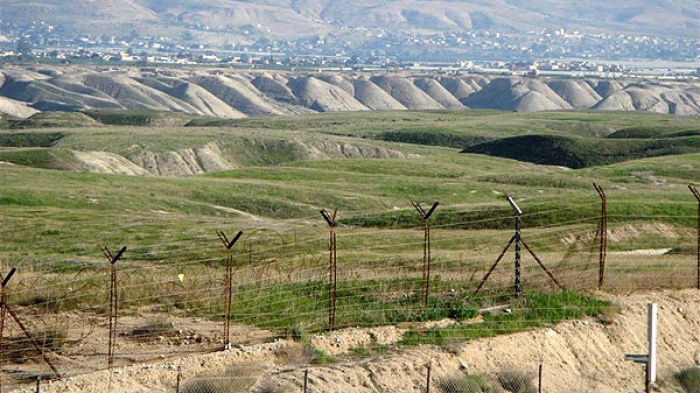 SHARE: READ: 1982     18:23     11 June 2021
T he liberation of the occupied territories of Azerbaijan, despite the historical and positive nature of this event, is also another test for Azerbaijan. On the liberated section of the Azerbaijani-Iranian border, Azerbaijan inherited from the Armenians a whole "corridor", a large-scale drug traffic, along which carriers of the "white death" freely from the countries of the Middle East to Armenia and further to the West. And now Azerbaijan has found itself involved in a fight with one of the most impressive drug groups on the planet, directly related to world terrorism. It is not easy for the Azerbaijani special services now - the percentage of detection of narcotic substances at those crossing the Azerbaijani-Iranian border is very high. The volumes of criminal transit are frankly frightening; they can easily be compared with Afghan drug trafficking in scale. So in early May, Azerbaijani customs officers detained 244 kg of heroin in the border Astara. On May 5, the Ministry of Internal Affairs discovered another drug load weighing 70 kg in Astara. Earlier, 107 kg of heroin were found in the trunk of an Iranian citizen's car. It is quite understandable that this is just the "tip of the iceberg" of such a drug network, which has its roots in Iranian Balochistan. In Iranian Balochistan, the story of the large-scale production of heroin begins thirty years ago, when drug trafficking turned into an arena of battles and cooperation between the two leading intelligence services of the world - the United States and Iran. Now, the "drug nests" in Iranian Baluchistan are practically uncontrolled criminal objects of the country, with which almost the entire local infrastructure is connected in this region. Huge consignments of heroin, which are being discovered more and more often by Azerbaijani customs officers, make it difficult to draw a conclusion. It is confirmed by other sources as well. The bottom line is that the occupied lands of Azerbaijan near the Iranian border over the past thirty years have become one of the largest drug trafficking, a heroin corridor for the delivery of drugs from the Middle East to the countries of the Western world, primarily to Europe and Russia. And the criminal connection of Iranian drug dealers with the political leadership of Armenia over these decades is obvious. The occupied lands of Azerbaijan, devastated and deserted, have become an excellent transit point for Iranian drug couriers to enter the regions of the North Caucasus, and then to Europe. The separatist Armenian regime in Karabakh, with the go-ahead from Yerevan, became one of the largest criminal centers in the post-Soviet space, the fertile lands of Karabakh and seven occupied regions were used to grow marijuana and poppy straw. It is reliably known that the head of the separatist regime in Karabakh, Arayik Harutyunyan, while still in the post of “prime minister” of the unrecognized political entity, was actively developing his business, owning huge marijuana plantations on Azerbaijani soil. Ordinary residents of Karabakh were also actively involved in the drug business - no one punished here for growing hemp and poppy crops, law enforcement control did not exist. Here in Karabakh, local militants and terrorists were trained, and their instructors from the Middle East also got here through the poorly guarded Iranian border. As a result, over these thirty years, a large criminal corridor was formed, which was actively used not only by drug dealers, but also by real militants from the Middle East. And now Azerbaijan, having removed from the region one of the players in this criminal chain - Armenia, has found itself involved in a serious fight against crime in the region. At any moment, it is quite expected that one of the drug couriers trying to cross the Azerbaijani-Iranian border may not be an ordinary Iranian citizen, but a group of trained militants, whose task, with the help of bloodshed and intimidation, to "break through" already used or new "drug corridors" across the border of Azerbaijan. And, unfortunately, there are already such incidents. Thus, on May 5, three unknown persons violated the state border with Iran in the service area of ​​the border post of the Goytepe border detachment near the village of Gendera in the Yardimli region of Azerbaijan. As a result of the discovery of a group of violators, a shootout took place, during which two Azerbaijani border guards were mortally wounded. Also, drugs weighing 10 kg were found at the scene. One of the drug couriers was detained, two others escaped. "As a result of the operation carried out by the Internal Troops of the Ministry of Internal Affairs and the State Border Service (SBS) of Azerbaijan, today at about 10:00 in the Yardimli region, one of the members of the gang of Agayi Allahbakhsh, a citizen of Iran, who refused to surrender, was found and neutralized," the Prosecutor General's Office and the Ministry of Internal Affairs said in a joint statement and SBS. According to the information, intensive investigative and search operations are currently underway to identify and detain the third drug courier. For all these drug dealers from the Middle East, taking control of its borders by Azerbaijan is only a challenge and a big problem, including a real threat to be left without their dirty business, which will obviously motivate them for further incidents on the border and attempts to restart drug trafficking by any possible means. This, in turn, forces Azerbaijan to seriously think over security issues on the liberated sections of the border. In this case, Azerbaijan, in particular, would not hurt to strengthen cooperation with Turkish specialists who have vast experience in such work. However, there is no doubt that the Azerbaijani law enforcement agenciesare ready for any situation and are able to neutralize any provocation from the outside, becoming a reliable and deadly barrier to any drug traffic and smugglers who dream of breaking through the state border of Azerbaijan. The author is the independent political expert.
(If you want to contribute and have specific expertise, please contact us at [email protected])
bakutribune.com
VIDEO