Ex-personal assistant to Shinzo Abe's father: The condition of Northeast Asia is quite complicated - EXCLUSİVE İNTERVİEW 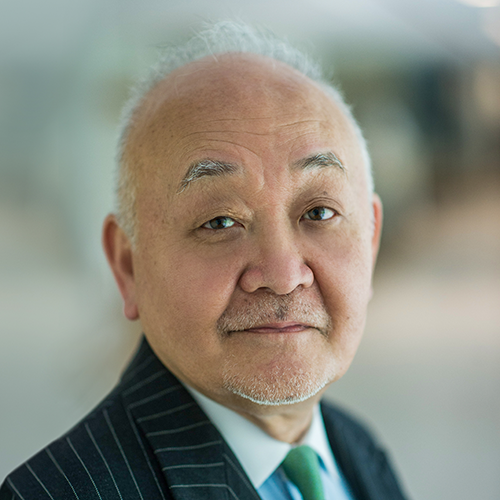 SHARE: READ: 1654     10:32     02 June 2021
A senior fellow at Hudson Institute, Jun Isomura gave an exclusive interview to Baku Tribune. In 1990, serving as a staff member to the late Shintaro Abe, former minister of foreign affairs and former secretary general of the Liberal Democratic Party, Mr. Isomura arranged a meeting between Soviet President Mikhail Gorbachev and Shintaro Abe. - The Japanese government has allowed more than 1 million tons of water to be dumped into the ocean from the Fukushima-1 nuclear power plant, which was damaged by the 2011 tsunami. Tokyo assures that the water will be cleared of radioactive substances and dumping it into the ocean will be safe, but the authorities of neighboring countries are concerned about this decision. Could you tell our readers why such a decision was made only now? Is there a major concern? - First, four nuclear reactors of the Fukushima-1 nuclear power plant were destroyed by the 2011 Tsunami. It was the first accident of humankind with destroyed plural reactors at once. Nobody has any knowledge and experience to deal with the accident. Fortunately, there is not diffusion of radioactivity outside of the Fukushima-1 plant now. However, it can not escape from cooling those damaged reactors with tons of water every day. Those radio activated water are processed to remove radioactive substances, but only tritium remains. It is challenging to remove tritium with technology today—all nuclear plants in the world drain water or air that constantly contains tritium. Nuclear power plants in South Korea released 360 trillion becquerels of tritium into the sea and air in 2018. Fukushima-1 plans to release 22 trillion becquerels of tritium in a year. Today, more than one thousand water tanks, 1,000 to 1,300 tons per tank, at the Fukushima-1 keep those processed water and no more space for additional water tanks after the next two years. Therefore, the Japanese government decided to drain water that contained tritium but at a far lower level than standard nuclear power plants. If a third-party organization, including an international team, constantly monitors those drain water, it will be kept safe. - China and South Korea oppose the dumping of water into the ocean, not only because they fear the negative impact on the marine environment and public health, but mainly because Japan made a decision unilaterally, without coordinating it with the surrounding countries. How would you comment on this? - A South Korean newspaper, JoongAng Ilbo, reported on April 14, 2021, that the Japanese government has re-explained to South Korean and Chinese governments since 2018 and more than one hundred times to the diplomatic corps in Tokyo. With ROK governments at least, the Japanese government has discussed this issue since 2018. - The South Korea Nuclear Society released a report on April 26, 2021, on their position for the releasing treated water of the Fukushima-1. They pointed that the effect of radioactive rays with the discharging treated water will be estimated as a "microscopically small event, an extremely conservative assumption." They also reported that if the Fukushima-1 even releases all non-treated water into the sea in one year, radiation exposure to a South Korean will be 1/300 million of the Radiation Exposure Limits of 1 millisievert (mSv) in a year. IAEA Director General Rafael Mariano Grossi said in 2021, "Releasing into the Ocean is done elsewhere. It's not something new. There is no scandal here." – BBC. Unenlightened criticisms from China and South Korean governments, not scientific, are primarily political propaganda and emotions. Especially, Zhao Lijian, the deputy director of the Chinese Ministry of Foreign Affairs Information Department, tweeted an extremely nasty taste parody painting to criticize Japan. What purpose will be behind his idiot Twitter? Some governments lead several many misunderstandings with ignorant political purposes. This issue must discuss in science. However, the Japanese government and the Tokyo Electric Power Company -TEPCO, should provide information more openly and in detail as their responsibility. There are negative and critical views even in Japan for releasing the water into the Ocean. - The active development of relations between Russia and Japan in recent years was largely facilitated by the personal contribution of Prime Minister Shinzo Abe - this was noted, in particular, by Russian President Vladimir Putin. To what extent is the new Japanese government headed by Mr. Suga intent on maintaining the continuity of the course it has taken? - Even Prime Minister Abe could not break through the spell of the territorial issue between Japan and Russia. Suga inherits Abe's policy on Russia, but he has no such political power as Abe. Only leaders can develop the relations, not Foreign Ministers. However, the world's circumstances change dramatically today with Chinese expansionism, the severe conflict between the U.S. and China, and the new U.S. President. Significantly, the condition of Northeast Asia is quite complicated. New thinking will be necessary for keeping the stability and security of the region. It might be one of the ideas to establish an organization of Northeast Asia Economic Cooperation. I believe Japan and Russia will be able to cooperate in those contexts. However, nobody knows which one of the pandemic or PM Suga will be over earlier. - What is the situation with the pandemic in Japan? - The pandemic with COVID-19 is like Olympic Games. All countries play the game with the same rules and conditions. The top groups are in a recovering process with vaccinated more than 30 percent of people and getting back to everyday life. All countries are tested on relations between government and people. The top group countries keep trusted ties, but the behind teams damage their relations between government and people. And Japan belongs to those groups since a low percentage of vaccination, less 2%, in Japan. There are several mistakes in policies and preparations on the COVID-19. However, the number of deaths with COVID-19 is relatively lower than in other countries.
bakutribune.com
VIDEO