Biden reportedly signs off on $735M arms sale to Israel 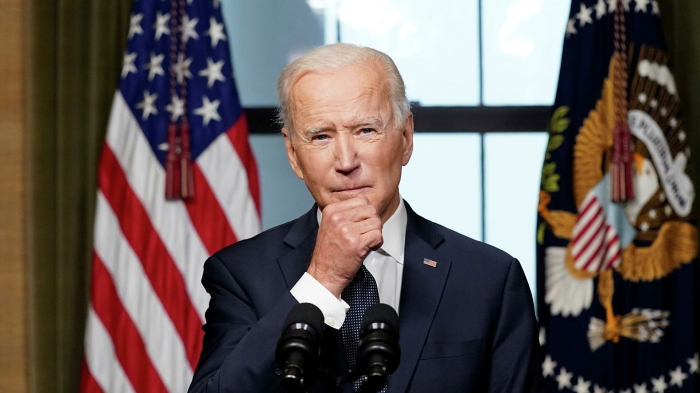 SHARE: READ: 114     10:44     18 May 2021
T he Biden administration has approved a $735 million arms sale to Israel amid Tel Aviv's ongoing offensive on the Gaza Strip, according to a report published on Monday, Baku Tribune reports citing Anadolu. The decision to approve the sale was made on May 5, about a week before the escalating violence began, the Washington Post reported. But the approval came amid then-mounting criticism of Israel's planned expulsions of Palestinian residents from an East Jerusalem neighborhood, and repeated raids on Al-Aqsa mosque, the third holiest in Islam. The decision to green light the sale, which is mainly comprised of Joint Direct Attack Munitions, has stirred opposition among some members of US President Joe Biden's Democratic Party, including Congresswoman Ilhan Omar, as the death toll from Israel's Gaza offensive continues to mount. Omar said shortly after the Post's story was published that the sale should not be completed "while crimes against humanity are being committed with our backing." "It would be appalling for the Biden Administration to go through with $735 million in precision-guided weaponry to Netanyahu without any strings attached in the wake of escalating violence and attacks on civilians," she said in a statement, referring to Israeli Prime Minister Benjamin Netanyahu. "If this goes through this will be seen as a green light for continued escalation and will undercut any attempts at brokering a ceasefire," added Omar. At least 212 Palestinians have been killed, including 61 children, in Israeli attacks on the Gaza Strip since last week, according to the Gaza-based Palestinian Health Ministry. More than 11,305 people have also been injured and dozens of buildings destroyed or damaged in the Israeli assault. In Israel, 10 people have also been killed in Palestinian rocket fire from the Gaza Strip.
bakutribune.com
VIDEO