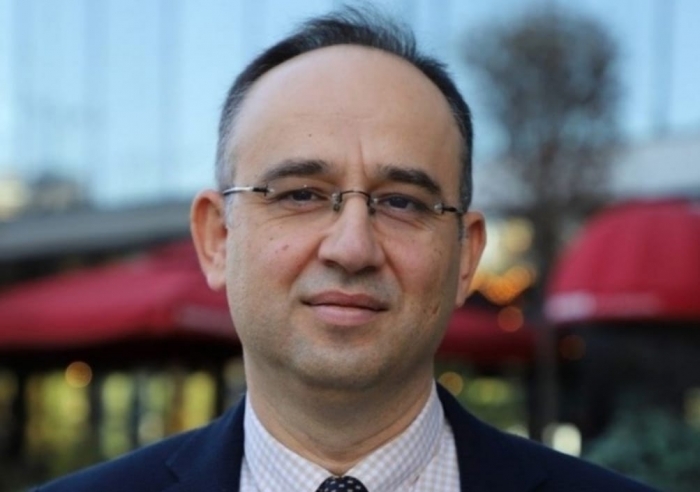 SHARE: READ: 1445     08:40     18 May 2021
P rof.Dr. Selçuk Çolakoğlu, Director Turkish Center for Asia Pacific Studies gave an exclusive interview to Baku Tribune. - Recently, French President Macron published a post in Armenian on his Facebook page. He stressed that the armed forces of Azerbaijan, which "invaded the Armenian territory", "must immediately return back." How could you explain such a statement by Macron? Why does he need it? - France traditionally has a pro-Armenia policy because of its strong Armenian diaspora in the country. This pro-Armenia stance may have a logic in the French domestic politics. However, the current dispute between Baku and Yerevan has basically stemmed from the Armenian occupation of the Azerbaijani territories. Baku has a right to defend its territorial integrity based on international law, which other countries including France should pay respect to. - As you know, France is one of the co-chairs of the OSCE Minsk Group on the Nagorno-Karabakh issue. Today the political leadership of France is aggressively opposed to Azerbaijan. France, which, instead of taking a neutral position in this conflict, from the day of the Second Karabakh war to this day, has taken a biased position towards Azerbaijan. What, in your opinion, should the Azerbaijani authorities do in this case? To get France to leave the OSCE Minsk Group? - The OSCE Minsk Group has failed to find a proper and durable solution to the Nagorno-Karabakh issue for more than two decades. The Second Karabakh War in 2020 was a direct result of the diplomatic failure of the Minsk Group. Furthermore, France’s pro-Armenia policy has been further discrediting the Minsk Group. From now on, Paris will hardly play a true mediator role between Baku and Yerevan. - British Ambassador to Azerbaijan James Sharp said in an interview with the Azerbaijani service of the BBC that London would prefer to see multinational peacekeeping forces in Nagorno-Karabakh, and not exclusively the Russian contingent. How do you feel about this idea? - Moscow still considers the former Soviet republics as its backyard. This is a clear reflection of the colonial mindset of Moscow. The Russian interventionist policies towards the other 14 former Soviet republics have been undermining Russia’s soft power in the former Soviet realm. Moscow has played a successful mediation role during the Second Karabakh War last year and prevented an outbreak of a full-scale war between Azerbaijan and Armenia. This shows that Moscow has strong ties with both Baku and Yerevan. However, Russia is very disturbed by any involvement of third countries in the issue. It is likely that Moscow considers its sole mediator role as a leverage to increase the Russian influence over Azerbaijan and Armenia. Building multinational peacekeeping forces in Nagorno-Karabakh will likely provide more trust and security in the region. - Why was Turkey unable to achieve the deployment of its peacekeepers in the liberated Azerbaijani territories? - Russia has insistently objected to any role for Turkey in peacekeeping forces in Nagorno-Karabakh. Yerevan was also against the Turkish peacekeepers in Nagorno-Karabakh, while Armenia has considered Turkey as pro-Azerbaijan. - Do you believe in the peace agreement between Azerbaijan and Armenia? - There is a long way to go for a final peace deal. The outbreak of two wars in the last three decades has increased animosity between Baku and Yerevan. Both the Azerbaijanis and the Armenians have suffered a lot because of the wars. Now there are needs for confidence building measures between Baku and Yerevan. Building people to people bridges between the Azerbaijanis and the Armenians are equally important. Increasing diplomatic, economic, and social exchanges between Azerbaijan and Armenia in coming years may diminish adversary feelings on both sides. Turkey, Russia, and other regional and global players can also contribute to the building dialogue between Azerbaijan and Armenia. Seymur Mammadov
bakutribune.com
VIDEO