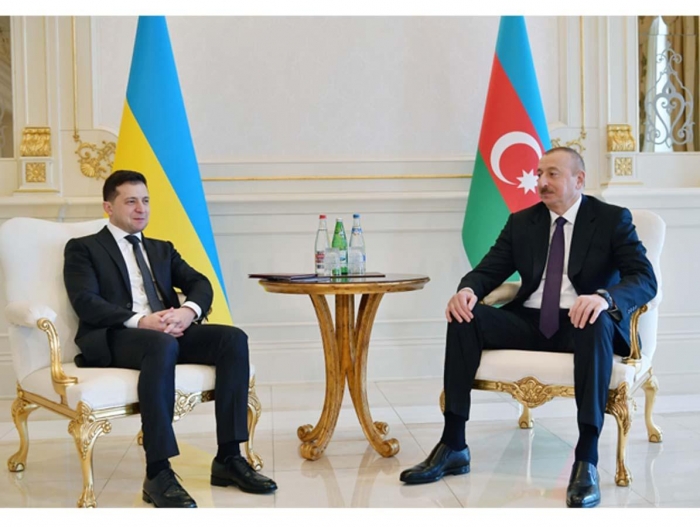 SHARE: READ: 565     23:55     13 May 2021
U .S. Secretary of State Antony Blinken during his visit to Kiev on May 6 reaffirmed Washington’s support for Ukraine in its conflict with Russia. But he made it clear that US administration expects Ukraine to concentrate its efforts both on containing Russian aggression and fighting corruption, oligarchs’ influence and domination of private interest in the Ukrainian political process. It is obvious that it is impossible to carry out important political reforms necessary to achieve these goals while preparing to the military confrontation with so-called Donbas republics protected by Moscow. In order to defeat military formations of DNR and LNR and make Russia agree on the new conditions of peaceful reconciliation the Ukrainian government needs the blackening of all the oligarchs who control the media and influence the political forces that demand strong actions against pro-Russian entities. It should be considered that some of the oligarchs especially the representatives of the former “Donetsk group” support the idea of the reconciliation with Russia on the conditions of Minsk agreements. To counterbalance their influence in case of military activity against “Donbas republics” Zelensky will need the alliance with all the antirussian political and media groups which are mostly controlled by oligarchs connected with the incumbent government. So the president cannot follow one of the most important American recommendation if he wants to get prepared for the decisive military conflict. Without solving out the “Donbass problem” Zelensky cannot guarantee his reelection. Of course, now he appears to be far ahead of his main opponents, - Poroshenko, Boyko and Timoshenko. However, if in a year the situation in Donbas remains the same, Zelensky will start lose his popularity on behalf of his opponent who would make the most attractive suggestion of reaching the reconciliation of the conflict. And by the time the next election is due the loss of support might become fatal for the incumbent president. The Ukrainian society needs the reconciliation not because of any public sentiments for Donbas region. But there is a strong mass fear that the existence of the unresolved conflict would lead to the escalation of tension and eventually to the new wave of full-scale military hostilities. Recent concentrations of Russian troops near Ukrainian border proves that such fears have strong ground. The returning of Donbas region into the Ukrainian political space is not the only way to satisfy the public demand for stability and security in the east of the country. The perspective of NATO membership would be regarded as a sign that Ukraine can count on protection from the US and its allies if the hostilities in the east break out. That is why Zelensky tries to get any confirmation form US administration that Ukraine has a chance to get admission to NATO. Blinken whose visit was highly anticipated in Kyiv due to the expectations connected with the NATO membership for Ukraine signaled that despite Ukraine is a high priority for President Joe Biden’s foreign policy, Ukraine's aspirations to join NATO will remain unfulfilled in foreseeable future. Therefore, before the new president elections Zelensky will not be able to achieve the permanent peace in Donbas region either by political reconciliation or by gaining effective military support from the West. The Ukrainian president cannot carry out Minsk agreement without committing political suicide. But he cannot refuse from implementing them without undermining his chances from reelection. The only way out from this dead-end for the incumbent president seems to be in the receiving the external support from the international actor, which seeks to enhance its influence in the region and is not afraid to take steps that contradict Russian and American interests. The only international actor that qualifies this description is Turkey. After the Azerbaijan’s victory in the military conflict in Nagorno-Karabakh conflict Ankara gained a chance to establish its political influence in post-soviet space thanks to its effective and persistent support of Baku. Because of logistic and geopolitical of Ukraine Turkey might be interested to include it in its sphere of influence. As it can be seen from the Azerbaijani experience Turkey does not seek over the foreign affairs and domestic policy of its allies. There are certain contradictions in relations between Ankara and Washington. But despite that Turkey remains the strategic ally of the US and it means that Biden’s administration will not try to undermine Turkish geopolitical plans even if it does not like them. And here are so many frictions between Turkey and the European Union that Ankara can intensify its relations with Kyiv not paying attention to the discontent of the EU. Russia needs to sustain interaction with Turkey in the Middle East (despite their interests differ a lot both countries strive to avoid the conflict) and wants to develop economic cooperation. Besides Turkey has become one of the most important countries for Russian gas export. So, the military assistance agreement between Turkey and Ukraine might be the reliable guarantee of the lasting peace in Donbas region. Such a treaty would help to eliminate the mass fear of new war in Donbas that nowadays has a great impact on Ukrainian political protest. Besides the cooperation with Turkey will push Ukraine closer to Azerbaijan, and it can bring Kyiv both economical and geopolitical gains. But Kiev would have to pay for close relation with Turkey by the deterioration of relations with the US and (especially) with the EU. And it is still uncertain if Zelensky is capable of paying such a price for getting a strong chance for reelection. The author is the expert in the field of international relations, political columnist for the weekly "2000".
(If you want to contribute and have specific expertise, please contact us at [email protected])
bakutribune.com
VIDEO