Why is the observer status in the EAEU so important for Azerbaijan? 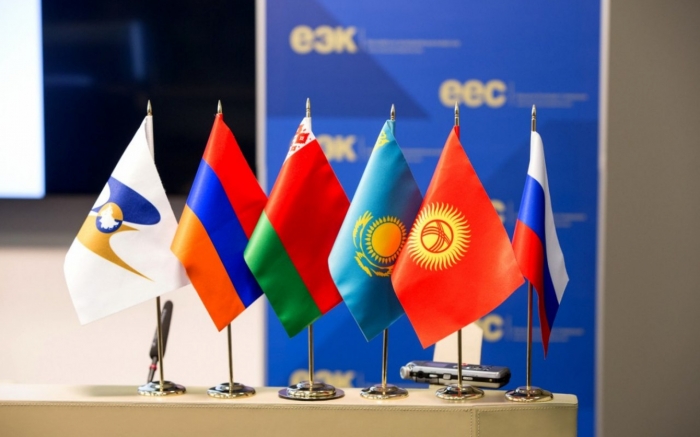 SHARE: READ: 551     09:52     07 May 2021
H aving changed the situation in Nagorno-Karabakh in its favor, Azerbaijan has significantly strengthened its geopolitical positions. It is now clear that an influential geopolitical player has emerged in the post-Soviet space, capable of turning over time into a new center of gravity for a number of former Soviet republics. This, of course, cannot but cause concern for Russia, for which it is extremely important to remain an unconditional leader in the post-Soviet space, having no serious competitors. Moscow can still come to terms with the fact that some post-Soviet countries find themselves in the sphere of influence of external players - the USA, the EU or China. Although, as the experience of Ukraine and Georgia shows, Russia seeks to limit the freedom of action of such states, creating a threat to their security with the help of conflicts. But Russia will not put up with the transformation of Azerbaijan into an open rival in the struggle for influence in the post-Soviet space (and this will certainly happen if the current trends continue). Baku, of course, can assure Moscow of its desire to maintain friendly relations and close economic cooperation. However, Azerbaijan's attempts to create its own foreign policy alliance with other post-Soviet states will cause a much more cautious reaction than Azerbaijan's rapprochement with Turkey (which is an external player for the post-Soviet space). Meanwhile, Baku will be able to take advantage of its new geopolitical opportunities and strengthen its international positions only if, like Kazakhstan, it creates its own sphere of influence in the post-Soviet space. Otherwise, the Azerbaijani state leadership will have to participate in the geopolitical projects of other players, and not play an independent game. Of course, there is nothing wrong with joining other people's plans for the sake of realizing their own interests. But still, having your own game provides a much greater freedom of choice, which is necessary for the formation of an optimal strategy in the international arena. Therefore, it is important to demonstrate to Russia that Azerbaijan does not seek to compete. The easiest way to do this is by joining the EAEU, an integration project in which Russia has secured the role of the de facto leader. Moscow views the country's participation in the EAEU as the best proof that this state is not trying to undermine Russia's positions in the post-Soviet space. Therefore, Kazakhstan can have a significant impact on events in Kyrgyzstan, which does not always coincide in its vector with Russian aspirations. And it can build its own system of ties with the United States, China, Turkey and the EU countries, without causing discontent in Russia and without facing the threat of Russian interference in the processes taking place in the Kazakh political space. At the same time, the foreign policy of Kazakhstan depends on Russian wishes as little as Moldovan or Ukrainian. Obviously, unlike Kazakhstan, which seeks to obtain certain economic benefits from membership in the EAEU and, in addition, strongly depends on Russian transit, Azerbaijan could well limit itself to observer status in this international association. It is quite possible that, according to some experts, this will not have a significant impact on the development of the Azerbaijani economy. But we must not forget that joining the EAEU should provide Azerbaijan, first of all, with the opportunity to conduct an independent foreign policy, without fear that it will cause opposition from Russia. If participation in the EAEU also brings economic benefits, so much the better. But you need to understand that economic considerations in this case do not play a decisive role. Observer status in the EAEU does not impose any serious obligations on the country and will not prevent Azerbaijan from developing close economic ties with the EU or Turkey. As for Yerevan, which refused to consent to Azerbaijan's participation in the meeting of the EAEU intergovernmental council held in Kazan on April 30, after the early parliamentary elections, the Armenian leadership will not need to demonstrate harshness towards Baku. Therefore, it will cease to hinder Azerbaijan's participation in the work of the EAEU. Moreover, the Russian government, for which the presence of Azerbaijan in this association is of strategic importance, is likely to convince the Armenian government to change its current position. However, there is a danger that Yerevan will, despite Russian pressure, do everything possible to prevent Azerbaijani participation in the EAEU and thereby create a basis for the emergence of strategic contradictions between Baku and Moscow. It is important for Azerbaijan not to allow such a scenario to come true. Of course, even the toughest conflict with Russia will not be able to threaten the existence of Azerbaijani statehood or force Azerbaijan to abandon the results of its recent military success. But in the event of a conflict with Moscow, Baku will need to search for allies capable of helping in the confrontation with Russia. As a result, the influence of Turkey and the United States on the foreign policy (and even on the domestic political) course of Azerbaijan will increase. This means that Azerbaijan will be forced to abandon its independent geopolitical game, which, if it turns out to be thoughtful and successful, can open up exciting prospects for it. The author is the expert in the field of international relations, political columnist for the weekly "2000".
(If you want to contribute and have specific expertise, please contact us at [email protected])
bakutribune.com
VIDEO