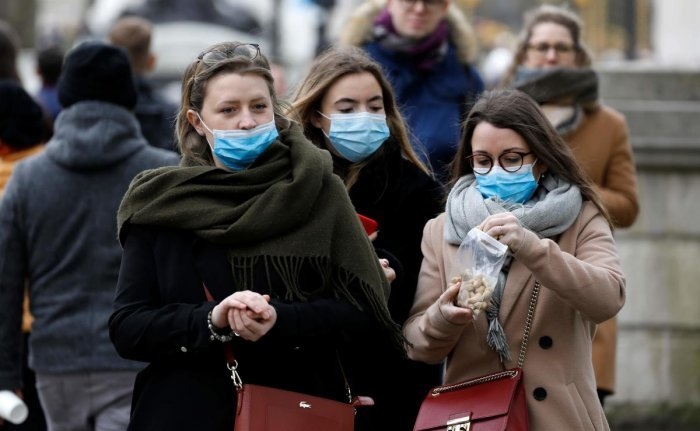 SHARE: READ: 122     11:43     24 April 2021
A s of April 26, Cyprus will reintroduce a strict coronavirus lockdown regime to stem the rapid spread of COVID-19 infections. The number of new coronavirus cases has doubled in the past two weeks, Health Minister Constantinos Ioannou said on Friday. Speaking at a press conference after a marathon meeting of the Council of Ministers, Ioannou said the new restrictions include the closure of all shops apart from those selling food, drink and other essential items, along with the country's restaurants, cafes, pubs, barber shops, hair salons, gyms and dance schools. A 9 p.m. (instead of 11 p.m.) to 5 a.m. night-time curfew will also be introduced. Theaters and cinemas will also have to remain closed. Gatherings will be banned. People will be allowed to go out only once per day instead of twice now in force, and will have to request a movement permit in a text message, the minister said. He also announced the re-introduction of restrictions on the number of people allowed to return to the workplace. At any point in time, only 25 percent of the workforce will be allowed to be physically present, but not more than 25 people. Ioannou said that public servants would shift to remote working. Exemptions would be made for essential services. The Council of Ministers also decided to ban night-time church services during the Holy Week starting on Sunday and ending with the Greek Orthodox Easter on Sunday, May 2. The only exception will be the Easter Service on Saturday night, the most sacred observance in the Greek Orthodox faith. Those in attendance will have to be seated outside the churches and will have to return home by 1 a.m. The lockdown is scheduled to be lifted on May 10. People already vaccinated, those holding proof of a negative COVID-19 test and those who have gone through the illness in the past three months will be allowed to visit crowded venues, such as shops, catering establishments, gyms or theaters. The measures were decided hours after the publication of the weekly national surveillance report on COVID-19, which said the infection rate in the past 14 days had doubled to 930 new infections per 100,000 people. "This is the highest rate ever recorded since the outbreak of the pandemic in mid-March, 2020," the report said. It also said that the infection and hospitalization rate for younger people is on the increase, while the rate for the over 70 age group has stabilized. As a result, the median age of people requiring hospital treatment has dropped since January from over 80 to 61. The national surveillance report said that this was due to the fact that most people aged over 70 had already been vaccinated. Ioannou stressed that the country's vaccination campaign will be accelerated by enabling private doctors to administer the AstraZeneca vaccine. Vaccination stations will start offering the Johnson & Johnson vaccine next week along with the other three vaccines -- Pfizer/BioNTech, Moderna and AstraZeneca -- authorized for use by the European Union. To date, around 220,000 Cypriots, or close to 25 percent of the population, have been vaccinated, with about one quarter of them having received both doses. According to the vaccination program, over 65 percent of the population will have been vaccinated by the middle of June. Vaccination is also underway in an increasing number of countries with the already-authorized coronavirus vaccines. A total of 275 candidate vaccines are still being developed worldwide -- 91 of them in clinical trials -- in countries including Germany, China, Russia, Britain, and the United States, according to information released by the World Health Organization on Friday. Enditem
bakutribune.com
VIDEO