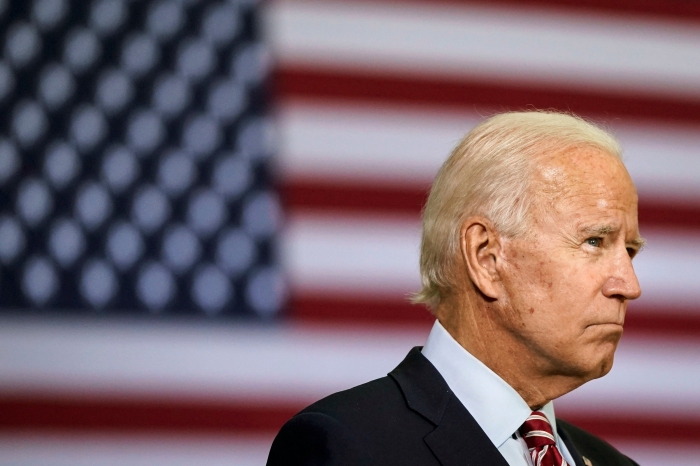 Credit: Drew Angerer Getty Images
SHARE: READ: 426     16:19     23 April 2021
T omorrow, on April 24, the world Armenians will celebrate the next anniversary of the so-called. "genocide". For this reason, the Armenians are in a state of euphoria associated with the fact that US President Joe Biden will use the term "genocide" in his traditional address for US presidents. It is well known that the statements of Armenians about "genocide" - the alleged mass purposeful systematic extermination of their ancestors in 1915 have no real basis and are devoid of any factual confirmation. These statements are not supported by absolutely no credible and authoritative sources whatsoever. In addition, if, as the Armenian propaganda machine claims, such a genocide with victims of 1.5 million people really took place, then in such a long period that has passed since 1915, more than one mass grave with tens, hundreds , thousands of remains. Really all these people after their "murder" ascended to heaven or evaporated? In general, the topic of the "genocide" of Armenians has long become a kind of instrument for certain forces both in the international political arena and behind the scenes, with the aim of putting pressure on Turkey. It is known that until recently these same forces, as it seemed to them, "effectively" used the Karabakh card as an instrument of pressure on Azerbaijan, they say, "behave yourself well, as it is beneficial to us, otherwise the occupation of Karabakh will last forever." However, one iron fist once and for all put an end to both the Armenian occupation and the illusions of the dark anti-Azerbaijani forces associated with playing the Karabakh card against our state, country and people. On the other hand, the naivety of the Armenians is striking, who easily agree that the "memory" of their ancestors should be played out in the international political arena as an instrument of pressure. If any genocide really took place and if there was a truly adequate people, then the Armenians would never have allowed the memory of their innocently murdered ancestors to be used as an instrument of political games and bargaining on the world political arena. Until recently, Turkey was one of the most reliable US allies in the region. However, the blackmail, pressure and political intrigues against Turkey, which began in the United States by certain influential circles, led to the fact that the Americans lost the trust of the Turks. The United States did not understand that the policy of pressure on Turkey through "genocide", among other things, turned the foreign policy of the White House in this direction into a hostage of the interests of exclusively the Armenian diaspora. Putting pressure on Turkey, on its former ally, the White House is in this case pursuing a policy that meets the interests not of the American state and people, but of a separate, small group, community - the Armenian diaspora of the United States, as well as in the interests of a completely foreign state, absolutely not representing no value, having absolutely no weight, authority in the world. We can only hope that Joe Biden, who is at the age when a person has become wise for a long time, rethinks what he has lived through. At such a venerable age, it is this wisdom that will prevail, so as not to quarrel with such significant countries as Turkey and Azerbaijan, in favor of Armenia, which has no weight and authority in the world, which is neither able to conduct an independent foreign policy and unable to defend its own borders ...
(If you want to contribute and have specific expertise, please contact us at [email protected])
bakutribune.com
VIDEO