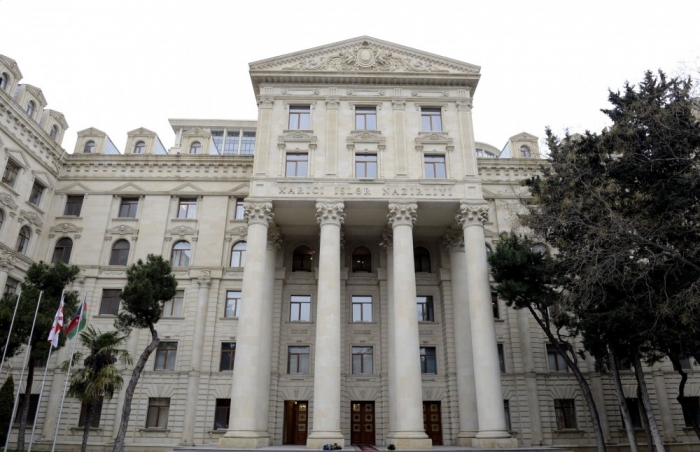 SHARE: READ: 125     10:29     21 April 2021
P resident of the Republic of Azerbaijan has expressed his opinions clearly and concretely enough as usual. If Armenian Ministry of Foreign Affairs wants to interpret and present what it hears as it wants, it is an indicator of their nasty intention, said head of press service of Azerbaijani MFA Leyla Abdullayeva regarding comment of Armenian MFA alleging Azerbaijani President speaking with a threat of application of force against Armenia, Baku Tribune reports. She noted that Azerbaijani President spoke about possible revanchism against Azerbaijan in Armenia and possible threats to our territorial integrity in his interview on April 20 and “if we detect possible threat, we will destroy it… because it is an issue of national defense, national security”- stressed: “It is not a threat to Armenian territorial integrity as claimed by Armenian MFA, in contrary, an indicator of our determination to respond to any threat to the territorial integrity of Azerbaijan within the framework of internationally-recognized borders. I would like to remind that head of state also said Azerbaijan is ready for cooperation, stressed that we should look at the future despite genocide committed by Armenia against Azerbaijanis at the state level and destruction of our historical, cultural, and religious monuments. As it was declared for times and at the highest level, Azerbaijan is ready for normalization of relations with Armenia on the basis of principles of international law, especially sovereignty, territorial integrity, and inviolability of international borders of states. Implementation of trilateral statements, signed on November 10, 2020, and January 11, 2021, also serves to this. However, Armenia, unfortunately, both poisons its own people with opinions full of lies and slanders, and tries to mislead the international community, instead of execution of trilateral statement.”
bakutribune.com
VIDEO