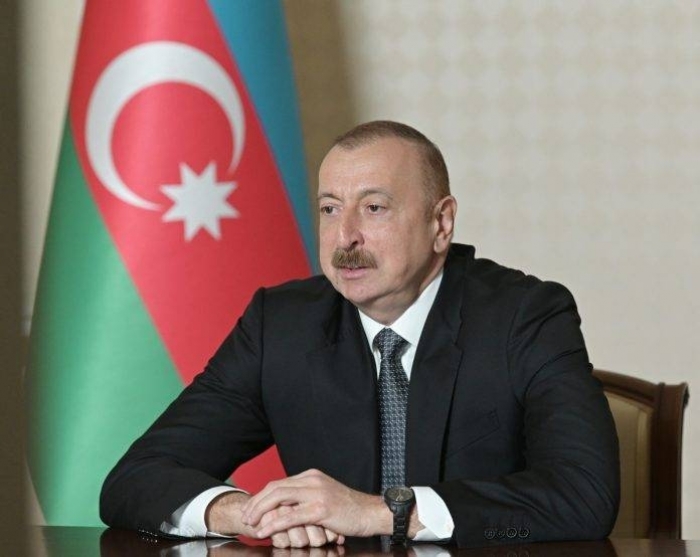 SHARE: READ: 668     02:23     30 March 2021
A s a result of the victory in the military conflict in the fall of 2020, Azerbaijan regained most of the territories that were previously under the occupation of the Armenian Armed Forces, both in Nagorno-Karabakh and around it. Now, after the end of the war, the main task facing the authorities of Azerbaijan is the restoration of infrastructure and the development of these territories. In this regard, President of Azerbaijan Ilham Aliyev signed several documents that will play an extremely important role in the revival of Karabakh. Thus, by order of the President of November 24, 2020, a Coordination Headquarters was established, which is currently dealing with the solution of socio-economic, humanitarian, organizational and other urgent issues in the liberated territories of Azerbaijan. The next important step of the head of state was the decree he signed on the establishment of the Karabakh Revival Fund. The Fund faces a difficult task - to provide financial support to the measures to restore and reconstruct the liberated territories of Azerbaijan and turn them into a prosperous region with a stable economy. Other tasks include attracting investment and developing partnerships between the state and the private sector in this area, as well as conducting appropriate campaigning activities within the country and abroad. At the moment, the economic situation of the liberated regions leaves much to be desired, because during and after the first Karabakh war, the existing infrastructure here was completely destroyed. It will take a lot of time to restore the infrastructure and ensure the stable development of all the liberated territories. One of the main obstacles is the total mining by the Armenian side of the territories that were previously under its control. Before starting the implementation of specific projects, it is necessary to clear the territory of mines. Sappers are already working in this direction. Karabakh has great potential for development. These are natural resources, fertile soil and beautiful landscapes. Thanks to all this, agriculture, energy, tourism, and mining can be developed in the region. It should be noted that as a result of the war, 2/3 of the Seyudlu (Zod) gold deposit, located in the Kelbajar region on the border with Armenia, was transferred to Azerbaijan. Reconstruction of the region will be carried out both through public investment and with the involvement of funds from the private sector. Attractive conditions will be created for investors, both domestic and foreign. In 2021, Azerbaijan intends to spend about $ 1.5 billion on the restoration of the region in the form of state investments. Reconstruction of the Nakhichevan transport corridor and the restoration of the railway from Azerbaijan to Turkey through Armenia and Nakhichevan will give a serious impetus to the region's economy. The restoration of communication with Nakhichevan is beneficial not to all countries of the region, but to China and Pakistan too. During the second Karabakh war, official Islamabad fully supported the fair position of Azerbaijan and provided high moral support. Today Pakistan, as a close friend and brother of Azerbaijan, has a number of opportunities to assist Azerbaijan in the restoration of the liberated regions. "A large number of Pakistani companies would like to participate in the restoration of the liberated territories of Azerbaijan," Pakistani Ambassador to Azerbaijan Bilal Haye told the media during an event dedicated to the Day of Solidarity with Kashmir. There is no doubt that Azerbaijan itself is interested in the participation of Pakistani companies in the restoration of the infrastructure of the liberated regions. The developed state programs, documents signed by the President of Azerbaijan on the restoration of infrastructure and development of the liberated regions will turn Karabakh into a region with a high standard of living. In the post-conflict region, settlement, decent living and economic activity will be ensured. Construction and restoration work to be carried out in these territories will become an important stage in the further development of Azerbaijan. Today's new geopolitical reality, global plans for the restoration of Karabakh and the opening of transport communications in the region will contribute to economic integration, the formation of mutual interests of the countries of the region, the strengthening of ties between them and the growth of the well-being of their peoples. The revival of Karabakh will strengthen stability in the Caucasus, strengthen the role of Azerbaijan as a regional center, and the integration of its rich natural resources into the country's economic system will give a serious impetus to the development of the country's non-oil sector. The revival of Karabakh is a daunting task. The way Baku has already got down to business allows us to speak about the firmness of its intentions. In his speeches, President Ilham Aliyev has repeatedly said that he will revive the destroyed Karabakh - the first outlines of this process can be seen already today. Thus, the international airport in Fizuli is being built at an accelerated pace, roads are being laid, and power plants are being restored. Contracts are concluded with foreign companies, and the liberated Karabakh turns into a large-scale international construction project. It would be wrong not to note that all this is done by the will and under the strict control of the President. Therefore, you can count on the accuracy of all tasks and a successful result. The author is the director of the international expert club EurAsiaAz and editor-in-chief of Azerbaijan news agency Vzglyad.az.
(If you want to contribute and have specific expertise, please contact us at [email protected])
bakutribune.com
VIDEO