Minefield maps: The key to salvation is in Moscow 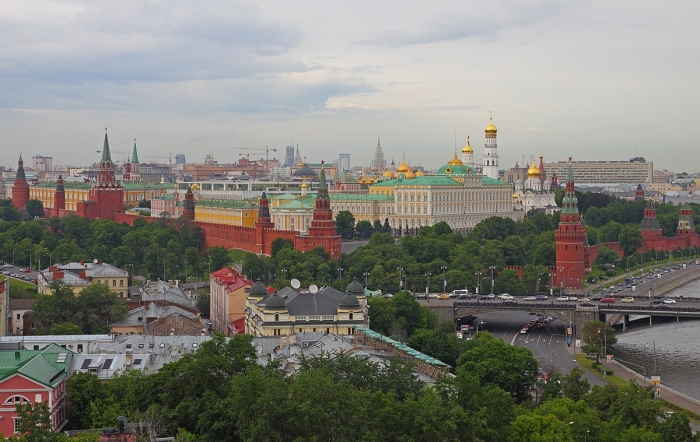 SHARE: READ: 600     14:25     09 April 2021
T he Karabakh war is over, but the war continues. At least, apparently, this is the opinion of the Armenian side, which clearly does not strive for peace in the post-war period. People are still dying in Nagorno-Karabakh, Azerbaijani citizens are dying from Armenian mines, because Armenia still refuses to provide Azerbaijan with maps of minefields. Since November last year, 20 people have already died from Armenian mines in the liberated territories and 85 people have been injured. At the moment, the actions of the Armenian side resemble an open "black vaudeville" - the Armenians are ready to go to any tricks in order to evade responsibility and the issue of transferring maps of minefields. So, in the latest statement on Azerbaijan's demands for the transfer of minefield maps, the Armenian side puts forward counter claims, insisting on the release of the Armenian saboteurs detained after the end of hostilities and the surrender of Armenia. But if Armenia goes to various forgeries and tricks in order to evade responsibility and it is already clear that Yerevan does not intend to return minefield maps voluntarily, maybe international mediating countries and international organizations could cope with this role? Maybe there are forces and mediators who, with the help of diplomacy or pressure on Armenia, can still achieve a solution to this issue? At first glance, after thirty years of unsuccessful attempts, this is a wonderful opportunity to prove its diplomatic competence and effectiveness for the OSCE Minsk Group, which could try to establish a dialogue with Armenia on this issue. However, it is practically obvious that if for 30 years the OSCE Minsk Group has not been able to achieve any real progress in the peace process, it is very unlikely that they will be able to achieve anything in the negotiations with Armenia now. Meanwhile, there is another quite obvious conclusion - the role of a mediator in this issue, having the ability to effectively solve this important problem, could well be assumed by Russia. And there are a number of "pros" why Russia could take up this issue and, in addition, strengthen its peacekeeping mission, which Russia is actively trying to fulfill in the region. In this sense, having won at once in one important circumstance - by declaring its participation in the negotiations on the transfer of minefield maps to Azerbaijan, Moscow will immediately prove its equidistance from the parties to the conflict and at the same time - the winning position of a high arbiter. Thus, immediately shielding its image from all accusations of bias, or of a double game as a peacemaker in Karabakh, which Washington and the EU are increasingly advancing against Moscow. On the other hand, such a move - to intervene in the dispute between Baku and Yerevan and help consolidate peace, more than anyone else, now corresponds precisely to the role of Russia as the main moderator of the peace process in Karabakh. And his successful decision will instantly consolidate the authority of Russia as the main peacemaker in the South Caucasus region. And intervene here, suddenly, some other intermediary country will significantly undermine it - this is also more than obvious. And the most interesting thing is that it is Russia that has the most effective instruments of diplomatic influence or pressure on Armenia, like no other. Thus, we see that resolving the issue of minefields is an excellent opportunity for Russia to strengthen its role in the process of restoring peaceful life in the Caucasus. Moreover, considering that this message is perfectly combined with the strategic objectives of Moscow. Russia, like Azerbaijan, is interested in unblocking transport communications in the region and restoring peaceful life in Karabakh and seven regions. In recovery and in economic terms, which speaks of very substantial profits that could have been received by Russian companies in Karabakh. And of course, the most obvious and important thing is that Russia, intending to take an active part in the restoration of Karabakh with the help of its specialists, just like Azerbaijan, needs the safety of its work on the liberated lands, and therefore in the demined territories. In this sense, I recall a very sad incident that occurred on November 23, 2020, in the Azerbaijani village of Sugovushan, when the deputy corps commander, Colonel Babek Samidli, and an officer of the Russian peacekeeping force contingent, were blown up by an Armenian mine. The Russian officer was wounded and the Azerbaijani commander died. Remembering this sad case, just one of a number of similar ones with the death of the Azerbaijani military, one thing becomes clear - neither Azerbaijani nor Russian military should die on the liberated lands. And work together to build a peace process in the region, both directly in practice and on the diplomatic front. The author is the independent political expert
(If you want to contribute and have specific expertise, please contact us at [email protected])
bakutribune.com
VIDEO