Will the Russian peacekeepers leave Karabakh after the expiration of their stay? 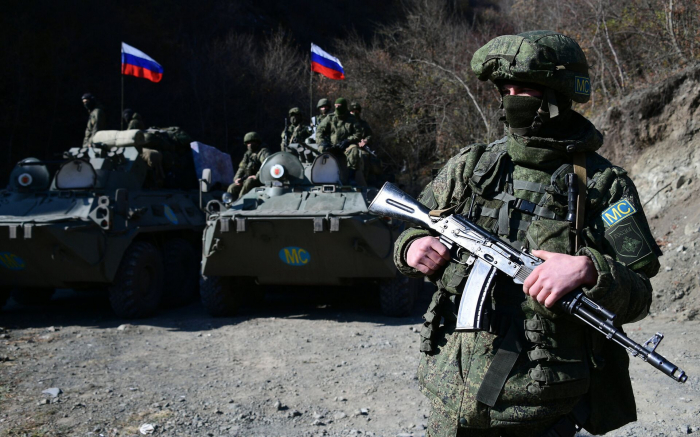 SHARE: READ: 247     12:50     14 July 2022
N ormally, the Russian peacekeepers should leave Karabakh at the end of their first five years term, provided in the Trilateral Statement signed by the leaders of Armenia, Azerbaijan and Russia, on November 10th, 2020. However, their departure might be dependent of having fulfilled their mission by that time. In principle, the end of their mission would assume that a peaceful solution for the Armenia-Azerbaijan conflict was found and guaranteed by a legally binding treaty which wouldn’t specifically refer to maintaining a Russian peacekeeping force in Karabakh. In addition, the geopolitical conditions in the South Caucasus at that time should be favorable enough to the Russian security interests so that the Russian strategists might feel confident that they are in full control of the region and a military presence on Azerbaijani territory was no longer necessary. Unfortunately, as of now, it doesn’t look that any of those conditions might be fulfilled by the November 2025 deadline, so that the withdrawal of Russian peacekeepers by that time seems highly unlikely. Obviously, Azerbaijan might formally request the termination of the Russian peacekeeping presence on its territory, under its own terms. However, such unilateral request might be carried with huge risks to regional stability, including the possible start of a new war with Armenia. In fact, more than a year and a half after the end of the 44 days war, it seems that Armenia and Azerbaijan are still far away from finding a peaceful solution to their more than 30 years old conflict over Nagorno-Karabakh. While a significant number of meetings at various levels have been held under the mediation of both Russia and the EU no real progress has been made in agreeing on the principles, let aside the practical details, of a future peace treaty. While Azerbaijani officials insisted that there was no need for discussing the status of Nagorno-Karabakh, as there was no such political-administrative entity in Azerbaijan, the Armenian government maintained that the rights and security of Armenians living in Karabakh could not be granted outside the framework of an Armenian-inhabited entity, enjoying a special status. Moreover, many Armenian analysts believe that it is vital for the peace process to continue as long as necessary, and that, in the foreseeable future, the Russian peacekeeping force would be indispensable to ensuring the security of Armenians from Karabakh. And there are plenty of other less prominent, but potentially consequential, contentious issues between the parties which would make unlikely the signing of a legally binding treaty between Armenia and Azerbaijan until November 2025. Then there is the broader geopolitical context in Eastern Europe, most recently shaped by the ongoing war in Ukraine and its implications on Russia’s relations with the West, and by consequence on the future security arrangements in Eastern Europe and Eurasia. Obviously, the November 2020 ceasefire has been built upon a Russian-Turkish understanding stipulating the Russian peacekeeping presence in Karabakh. Within the context of the current geopolitical confrontation and hybrid war between Russia and NATO, where Turkey is a key member, it is highly unlikely that Moscow would feel confident that it could maintain strategic control over the South Caucasus region absent its military presence on the territory of Azerbaijan. In fact, many Russian strategists fear that once the Russian contingent withdrew from Karabakh, Azerbaijan might side with the West against Russia, which, from their perspective, would be unacceptable. In conclusion, I’m afraid that peace in Karabakh is rather hanging on the broader balance of power between Russia and Turkey, and it becomes increasingly entangled with the ongoing Russia-West geopolitical confrontation. From this perspective, if and when NATO member Turkey would cease playing the “middle power” between Russia and the West, the risk of resuming war fighting in Karabakh might grow exponentially. The logical consequence of this state of play is that Russian peacekeepers might need to stay in Karabakh beyond November 2025, as a key element of maintaining the local balance of power, and implicitly preserving regional stability and peace in the South Caucasus. That means that it would be prudent for Baku to continue to practice strategic patience in Karabakh, as long as the window of opportunity for solving the conflict with Armenia outside the broader East European and Eurasian strategic contexts is remaining closed. The author is Dr. George Vlad Niculescu, a head of research, the European geopolitical forum (Brussels).
bakutribune.com
VIDEO