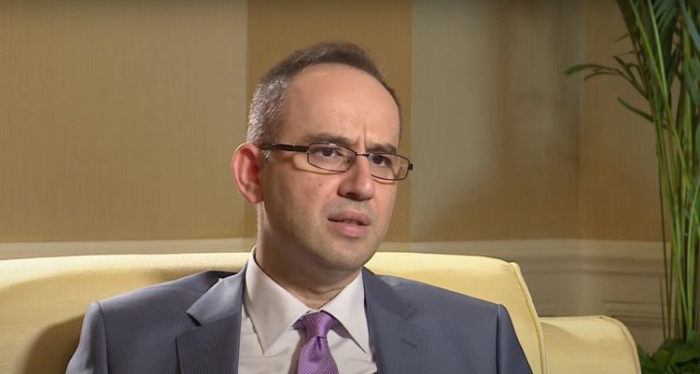 SHARE: READ: 335     10:09     19 May 2022
B aku Tribune presents an interview with Prof.Dr. Selçuk Çolakoğlu, Director Turkish Center for Asia Pacific Studies. - How do you assess the prospects for Finland and Sweden to join NATO? Will they be accepted into NATO against the backdrop of a special military operation in Ukraine? It has become clear that Finland and Sweden made their final decision to join NATO as full members after Russia`s military operation in Ukraine. So far, both Finland and Ukraine have kept their neutrality in foreign relations. Russia`s annexation of Crimea in 2014 had caused some security concerns in Finland and Sweden, but they did not change their neutrality stance. This time Helsinki and Stockholm made a dramatic change for their defense strategies. - What risks, in your opinion, are associated with the desire of these countries to join the North Atlantic Alliance? - Russia has a high threat perception of enlargement of NATO, particularly in its close border area. This will cause more tense relations between NATO and Russia and further armament race in Europe. - The Turkish authorities have announced that they will veto the accession of Finland and Sweden to NATO. Why is Turkey opposed to the membership of these countries in the Alliance? What are the claims of the Turkish side? - There are two potential reasons for Ankara`s initial objections to membership of Finland and Sweden. First, Ankara has disturbed pro-PKK (Kurdistan Workers' Party) group’s activities in Sweden and Finland. Particularly, Stockholm’s close political contacts with YPG (People’s Protection Units), the PKK`s offshoot in Syria, is a big concern in Ankara. Second, this is a good opportunity for Ankara to get some concessions from NATO members, particularly the United States. Ankara wants the removal of direct and indirect arms & defense technology sanctions to the Turkish defense industry by leading NATO members. - NATO Secretary General Jens Stoltenberg expressed confidence that the states of the North Atlantic Alliance will be able to eliminate Turkey's objections regarding the membership of Sweden and Finland. How would you comment on this? Do you think Turkey will eventually agree to the membership of these countries in NATO? - This is likely to be a bargaining process. Leading NATO countries have enough leverage over Turkey to remove its objection for Finland and Sweden`s membership. It is widely believed that raising public objections from the Turkish leadership is for getting an upper hand for Turkish demands. - Turkish Foreign Minister Mevlut Cavusoglu said that the Turkish people oppose the accession of Finland and Sweden to NATO and ask the leadership of their country to block this process. How would you comment on this? Is the Turkish people really against the participation of Sweden and Finland in NATO? What do polls show? - So far, there are no surveys showing Turkish public views on the participation of Sweden and Finland in NATO. Usually, the Turkish public is not interested in NATO`s enlargement. For example, there was no reaction in the Turkish public for the participation of Montenegro and North Macedonia to NATO in recent years. It seems a negotiation tactic for the Turkish government against Finland, Sweden, and leading NATO members. The other reason is related to Turkish domestic politics. Turkey will have presidential and parliamentary elections in a year. In addition, the current Turkish government likely wants to use foreign issues to increase the public support to the government. Securitization of the issue in the Turkish public may provide some extra-credits to the government in the election campaigns. Labelling the Nordic countries as PKK supporters is a sign that the Turkish government aims to get fresh public support. - The head of the leading faction in the European Parliament, Manfred Weber, threatened Turkey with isolation from NATO if Ankara blocks the admission of Finland and Sweden to the North Atlantic Alliance. How do you assess this scenario of events? Is it possible? - There may be a war of words between Turkish and European figures during the membership process of Finland and Sweden to NATO. However, actual negotiations will be underway in diplomatic channels in coming weeks or months.
bakutribune.com
VIDEO