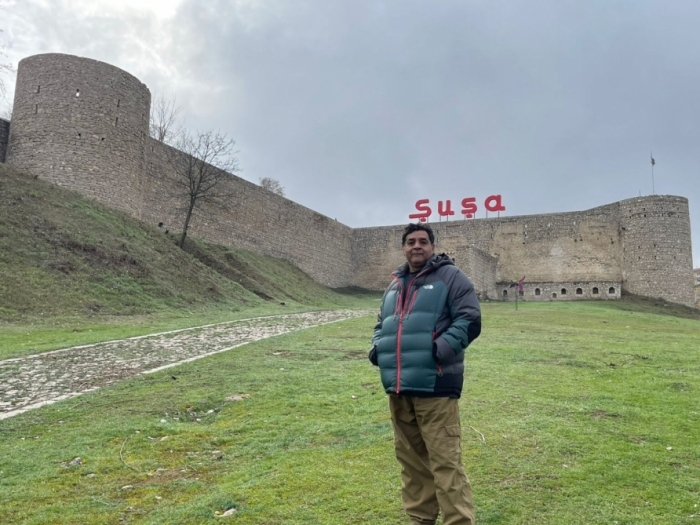 SHARE: READ: 423     09:28     13 April 2022
P akistani journalist, Editor-in-chief of DND news agency Agha Iqrar Haroon gave an interview to Baku Tribune. - Imran Khan became the first prime minister of Pakistan to be removed from power through a vote of no confidence in parliament. 174 out of 342 deputies voted for the resignation of the official accused by the opposition of corruption. What are the causes of the political crisis in Pakistan? What really happened? Why did it come to the resignation of Imran Khan? - Imran Khan did not respect even his allied parties, and he always abuses politicians and parliamentarian system and that is why he lost support of his allied parties. Calling name, abusing opponents and slur were main components of his rule while economy faced complete breakdown. - Imran Khan said that the US is behind the opposition. In addition, as can be seen from the report of the Pakistani newspaper Dawn, the United States put direct pressure on the prime minister when he was going to Moscow, demanding that the visit be cancelled. US officials met with the Pakistani ambassador to the US and said that Islamabad's future relationship with Washington depended on whether Imran Khan was removed from power in a parliamentary vote. Does this mean that the US punished the Pakistani prime minister for visiting Russia by bribing deputies in Islamabad on the eve of the parliamentary vote? How would you comment on US pressure on Imran Khan because of his visit to Russia? Are the United States and the collective West the undisputed culprits of today's events in Pakistan? - I do not agree with his claims. First, he said US wrote a threat letter to him. Then he changed his stance and said that US authorities wrote a letter to Pakistani Ambassador in Washington. Then he changed his stance again and said that Pakistani Ambassador wrote a letter to him indicating conversation with US authorities. Then he again changed the stance and said it was a Démarche sent by Pakistani Ambassador to Foreign Secretary in Islamabad. His statements were look just a bundle of lies. - Some experts note that Pakistan is facing a serious socio-economic crisis that erupted against the backdrop of global inflation and rising prices for all types of products, including the most important ones - energy and food. This process is unfolding all over the world, but in some countries, especially the previously poor ones, it sometimes takes on particularly acute forms. In just a month, the Pakistani rupee fell tenfold against the dollar. How would you comment on this? - The total failure of Imran Khan to handle with economy resulted in economic meltdown in Pakistan. - The Parliament of Pakistan will elect a new Prime Minister on 11 April. This is reported by the Pakistani media with reference to the Vice Speaker of Parliament from the Pakistan Muslim League-Nawaz (PML-N) Ayaz Sadiq, who chaired the meeting of a vote of no confidence in the government of Imran Khan. A new prime minister will be elected in parliament on the afternoon of April 11, Sadyk said. The media claim that the leader of the PML-N, Shahbaz Sharif, can take the post of the country's prime minister. Who is Shahbaz Sharif? What is his position on the US, Russia and China? Do you think it is in the US interests to elect Shahbaz Sharif as prime minister? - PMLN launched China Pakistan Economic Corridor (CPEC) while projects went to halt under Imran Khan tenure. I hope CPEC would again move on towards right directions. Imran Khan imported Governor of State Bank of Pakistan from the United States, he imported National Security Advisor from the United States, and he also imported his chief spokesman from the United States. Majority of his cabinet member and dual nationality—Pakistani as well as of the United States. I think he had no problem with US, but his problems started when Biden administration came because Khan was very close to Trump administration. - What do you think will be the fate of the China-Pakistan economic project - CPEC (China-Pakistan Economic Corridor) under the new Prime Minister Shahbaz Sharif? - CPEC was initiated in PMLN era while it was halted during Khan government because his cabinet member accused large scale corruption in CPEC projects. Now I believe that CPEC would be in full swing under PMLN rule.
bakutribune.com
VIDEO