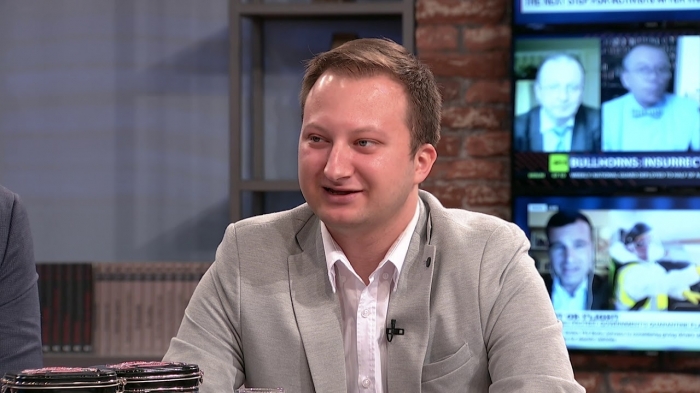 SHARE: READ: 335     23:15     07 April 2022
E xecutive Director of the Center for International Public Policy (Belgrade) Mišel Zubenica gave an interview to Baku Tribune. - Serbia refused to condemn the actions of Russia in Ukraine, and, in particular, the recognition of the DPR and LPR. In response to a relevant request from Kyiv, the President of Serbia invited Volodymyr Zelensky to condemn the bombing of Serbia by NATO. What is behind this position of Belgrade? - Serbia actually condemned the military intervention of the Russian Federation in Ukraine by voting for a resolution in the United Nations condemning this action of Russia. Before that, president Aleksandar Vučić announced the official position of Serbia, which is that Serbia respects international law and the integrity of the territory of every country, including Ukraine. EU criticism of Serbia is coming because Serbia has not yet joined the sanctions against Russia. - Serbia also refused to impose sanctions against Russia. What does this mean in the context of the almost complete mobilization of the EU for a sanctions war with Russia? - Serbia is suffering huge criticism and pressure from Brussels for not imposing sanctions on Russia, but since Serbia is not yet a member of the EU, Serbia has the right to pursue an independent and neutral policy. However, due to this attitude, the European Union could freeze Serbia's negotiations with the EU and block certain financial funds, which would cause great damage to the Serbian economy. - Former Swedish Foreign Minister Carl Bildt said that Serbia "knocked itself out of the European path" by taking a position on Ukraine. To what extent is such an assessment justified? - That statement by Carl Bildt was made before the vote in the UN General Assembly. On the other hand, the American and Russian embassies in Belgrade expressed satisfaction with Serbia's original official position, which is perhaps the only case in this situation at the moment. - Serbian Defense Minister Alexander Vulin said that in the near future Belgrade “will not participate in any exercises or military activities with either NATO, or the CSTO, or Russia, the United States, China, the European Union, or the East, or West." How realistic is it for Serbia to maintain such neutrality in the long term? - Serbia is currently in a very difficult foreign policy position. What is happening between Russia and Ukraine affects Serbia very much, considering that both countries are friendly with Serbia. Both Russia and Ukraine have the position that Kosovo is part of Serbia and respect the territorial integrity of Serbia. On the other hand, Serbia is surrounded by NATO countries, EU members and countries planning to become members of the EU. Serbia is geographically forced to cooperate with them in all areas. However, the unilateral declaration of independence of Kosovo, which violated international law, was recognized by Western countries, which are now invoking the same international law when it comes to Ukraine. That is why this situation is very complicated for Serbia. So far, Serbia has managed to cooperate and have good relations with all the great powers in the west and in the east, but it will be very difficult to maintain this position in these circumstances. - How can the situation in Ukraine affect the geopolitical alignments in the Balkans? Should we expect strengthening Russian-Serbian ties and countermeasures from the US and the EU? - As the Balkans are an interesting sphere of the West in which the USA, NATO and the EU are present in all forms, political, economic, military and cultural, we can expect greater pressure from the West to accelerate the accession of remaining Balkan countries that are not members of the EU and NATO. Strengthening Serbian-Russian cooperation is not realistic at the moment, given that the West is dominant in the Balkans. Serbia trades 70% with EU countries. Most economic investments in Serbia come from the EU. Russia has only an advantage in Serbia in energy cooperation and the majority mood of the pro-Russian population. - Is a turn of aggravation of the situation in the Balkans possible, and what could be its “trigger”? - The situation in the Balkans is likely to worsen, especially in Kosovo and Bosnia and Herzegovina. Many in the region want to use the situation in Ukraine to gain the support of the West to attack the Serbian factor by portraying Serbia as a "little Russia" that is creating problems in the Balkans. The trigger could therefore be the issue of northern Kosovo, where the majority Serb population lives, which Pristina wants to integrate into its independent state, and the status of Republika Srpska in Bosnia and Herzegovina. Elections are being held in Bosnia and Herzegovina this year, and Serbian leader in Bosnia and Herzegovina Milorad Dodik is under Western sanctions because he is accused of being a Russian puppet and for trying to secede Republika Srpska and create an independent state. So, if there is a possibility of conflict in the Balkans, it could most likely happen in Kosovo and Bosnia and Herzegovina.
bakutribune.com
VIDEO