Stephen O'Sullivan: The prospects for the Southern Gas Corridor are good given the situation in Ukraine – EXCLUSIVE INTERVIEW 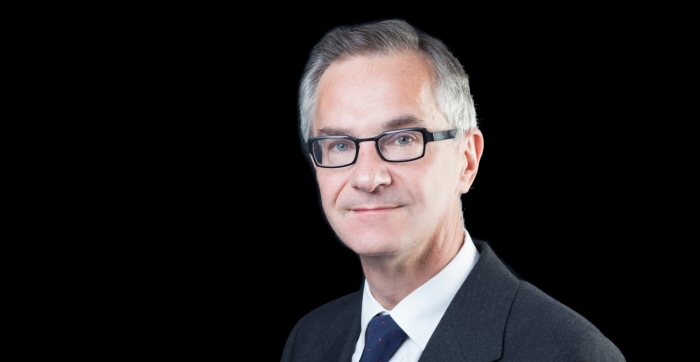 SHARE: READ: 527     10:50     07 February 2022
A n interview to Baku Tribune was given by Stephen O'Sullivan, a senior visiting research fellow at the Oxford Institute for Energy Studies. - On February 4, in Baku, in the Gulistan Palace, the VIII ministerial meeting was held within the framework of the Advisory Council of the Southern Gas Corridor. As you know, the Southern Gas Corridor project was completed in November-December 2021. Since December last year, approximately 10 billion cubic meters of gas have been transported to the European market through the Trans-Adriatic Pipeline. How do you assess the prospects for further development of the Southern Gas Corridor project? Will this corridor improve transportation capacity, or expand geographically? -I think the prospects for the Southern Gas Corridor are good and will clearly have improved over the past few weeks given the situation in Ukraine, although gas infrastructure developments are very long-term in nature. The potential for conflict between Russia and Ukraine and the possibility of a reduction in Russian gas supplies to Europe as a result have highlighted Europe's high degree of dependence on Russian gas. As a result, alternative sources of gas are likely to be of much greater interest to European buyers than they were even three months ago. The US has already been seeking to identify potential short-term gas supplies to replace Russian volumes in case Russian supplies are interrupted. However, longer-term, alternative pipelines and gas suppliers are likely to find a more interested audience among European gas buyers, provided they can be developed commercially to supply their markets. - You know that the route of Azerbaijani gas through this corridor runs to Southern Europe. Do you think that Azerbaijani gas can occupy its own specific niche in the market of Eastern European countries? If yes, how do you see it? - Azeri gas from Shah Deniz 2 is the mainstay of gas supplies along the Southern Gas Corridor. The volumes of around 10 bcma which have so far been achieved are a contribution to European gas demand, which was 540 bcma in 2020, although not a very large contribution. In Turkey and South-East Europe, these volumes will be more influential, particularly if they reach the planned peak of 16 bcma. It is, however, unlikely that gas volumes through the Southern Gas Corridor will make a particularly significant contribution to meeting Europe's gas demand this decade, given competition from alternative supplies (including LNG). - European Commissioner for Energy Kadri Simson, at a ministerial meeting of the Southern Gas Corridor Advisory Council, said that “we believe that by 2030 gas will account for 22 percent of Europe's total energy consumption. Today, with rising energy prices, there is a geopolitical tension, in Europe there is a better understanding of the significance of this diversification." If I understand correctly, the share of gas in Europe's total energy consumption will decrease until 2030. In favor of what will the share of gas be reduced, in favor of renewable energy sources? - You are correct in noting that the share of gas in Europe's energy mix is expected to decline from a recent 25% or so to 22% by 2030. The reasons behind this shift are partly climate-related and partly a diversification away from too much dependence on any one form of energy. It would be reasonable to assume that oil, gas and coal would decline as a share of energy consumption in Europe, given the trend towards low- and no-carbon energy. Gas is currently a greater proportion of European energy consumption than coal, but represents a smaller share than oil. Carbon-based fuels are likely to decline in importance in the European energy mix with renewables such as wind and solar being favored. There are ongoing debates about the future outlook and need for nuclear power across Europe, with France committed to the energy source and Germany phasing it out. Similarly, there are arguments as to whether gas can be classified as a green fuel, since it is carbon-based. However, given that in the short to medium-term it can be used to replace more carbon-intensive fuels such as coal, gas may be able to retain more of a role than initially thought. Nevertheless, in the long-run renewables will replace carbon-intensive fuels in Europe as elsewhere. - How do you think we can achieve climate neutrality with a stable energy supply? - If we are looking to have both a stable energy supply and climate neutrality then a combination of clearly carbon-free fuels such as wind and solar perhaps alongside nuclear and some gas in the energy mix may be a stepping-stone to an energy supply combining stable supply with climate neutrality. Longer-term we should not ignore the prospects for hydrogen, which many see as a significant future development in the energy sector. Interviewed by Seymur Mammadov
bakutribune.com
VIDEO